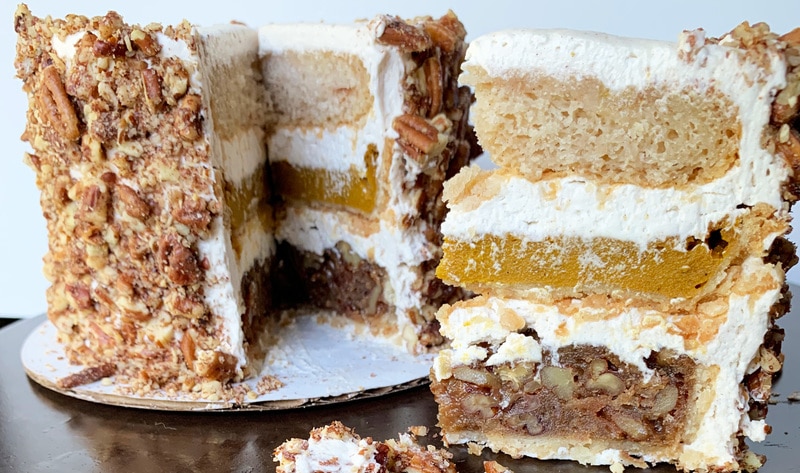 Los Angeles-based bakeshop Karma Baker has launched a new PieCake creation in time for Thanksgiving. The dessert consists of three Thanksgiving desserts in one: pecan pie, pumpkin pie, and apple spice cake, all layered together and frosted with whipped cinnamon buttercream.

“I wanted to blow people’s minds with something fantastic and shippable for Thanksgiving,” Karma Baker founder Celine Ikeler told VegNews. “I wanted them to laugh out loud when they saw the first decadent image, and order it for the sheer fun of it. With this particular year, I think we all need a bit of joy.”

The six-inch gluten-free and vegan PieCake will be available for shipping nationwide as of November 1. The cake arrives frozen and customers are instructed to keep it frozen and thaw at room temperature before serving. The PieCake also comes with a jar of caramel to pour over it when served.