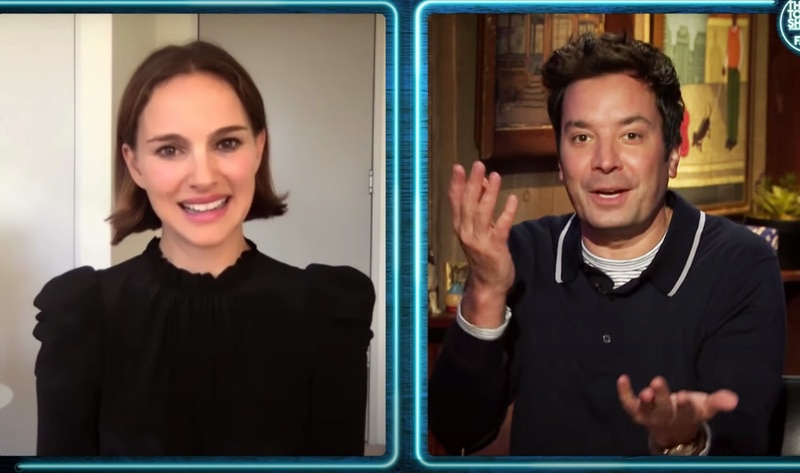 The Tonight Show host Jimmy Fallon revealed he is a big fan of actress Natalie Portman’s vegan cooking videos. The duo spoke about Portman’s upcoming film Thor: Love and Thunder on a recent episode of Fallon’s late night show via video conference and discussed her vegan cooking videos, which Portman has been posting on Instagram throughout the COVID-19 lockdown. “I’m obsessed with your cooking videos. You should do a show! I would watch it every single week, I love it,” Fallon said. “That’s so nice! I don’t really have a lot of skill, so I always feel like if I can do it, anyone can do it,” Portman responded. “I’ve gotten so many great recipes from Instagram from other people that I follow. And it’s definitely easier that we’re cooking every meal pretty much.”

In recent months, the actress has posted video recipes featuring vegan matzo ball soup, matcha doughnuts, and Buffalo cauliflower wings. “I’m vegan, and a lot of people think we’re eating alfalfa,” Portman said. “So, I like showing that there’s really delicious, varied, easy things that you can do at home that your kids will eat that are plant-based.”

Portman also discussed her new children’s book Natalie Portman’s Fables which is a retelling of classic stories such as “The Tortoise and the Hare” and “The Three Little Pigs” that focus on teaching children about empathy, attentiveness, thoughtfulness, and true friendship.

Reebok’s New Plant-Based Running Shoe is Made From Algae!

99-Year-Old British Army Veteran Raises Over £3 Million for the National Health Service Before his 100th Birthday!