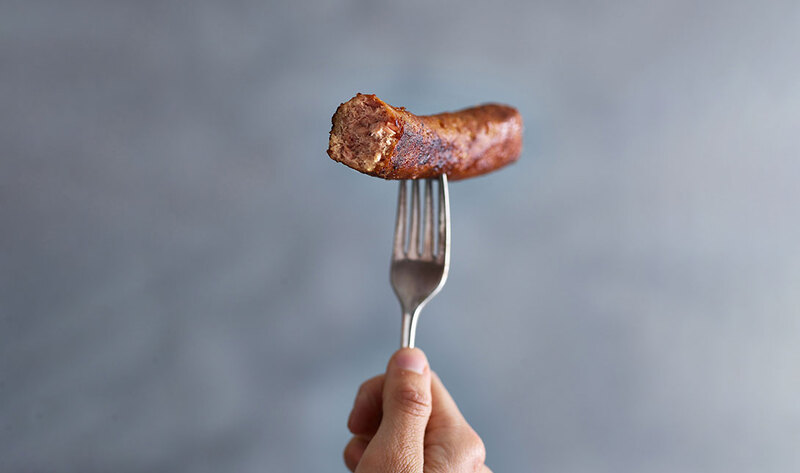 Today, the Members of Parliament of the European Union (EU) voted to reject Amendment 165, a ban on terms such as “burgers” and “sausages” on products that do not contain animal meat. Backed by the EU’s meat lobby, the amendment was introduced under the auspices of dispelling confusion around the use of meat-related terms on vegan and vegetarian products. “We are unsurprised but delighted that MEPs have rejected cynical attempts by a protectionist meat industry to hinder the marketing of plant-based proteins in the EU,” Joanna Swabe, Senior Director of Public Affairs for Humane Society International, Europe, said. “Their preposterous claims that consumers would be confused by the use of names such as burgers, sausages, schnitzels, and mince on clearly labelled vegetarian meat substitutes, have been rightly rejected as disproportionate nonsense.”

Amendment 165 was part of a larger agricultural package of measures, which included Amendment 171, which seeks to extend existing restrictions on dairy-related terms, a measure that the EU approved. Terms such as “almond milk” and “vegan cheese” are already banned on products in the EU, but 171 now further restricts dairy alternatives from using descriptive terms such as “yogurt style” and “cheese alternative.”

Prior to the vote, a coalition of companies—including IKEA, Beyond Meat, and Unilever—penned an open letter to the EU, urging the governmental organization to reject both proposals, citing that they “are disproportionate and out of step with the current climate.” Also, global food awareness organization ProVeg International’s petition to oppose Amendment 165 and Amendment 171 gained more than 270,000 signatures to date.

“Consumers are in no way confused by a soy steak or chickpea-based sausage, so long as it is clearly labeled as vegetarian or vegan,” Camille Perrin, the senior food policy officer at the European Consumer Organization, said. “Terms such as ‘burger’ or ‘steak’ on plant-based items simply make it much easier for consumers to know how to integrate these products within a meal.”

Stateside, a number of lawsuits are currently pending against similar labelling laws passed in states such as Missouri and Louisiana. In December 2019, an Arkansas federal court sided with vegan brand Tofurky—which filed a lawsuit challenging the constitutionality of the state’s so-called “Truth in Labeling”—and blocked the enforcement of the law.

From Tofu Sushi Bowl to High Protein Tempeh Chili: Our Top Eight Recipes of the Day!