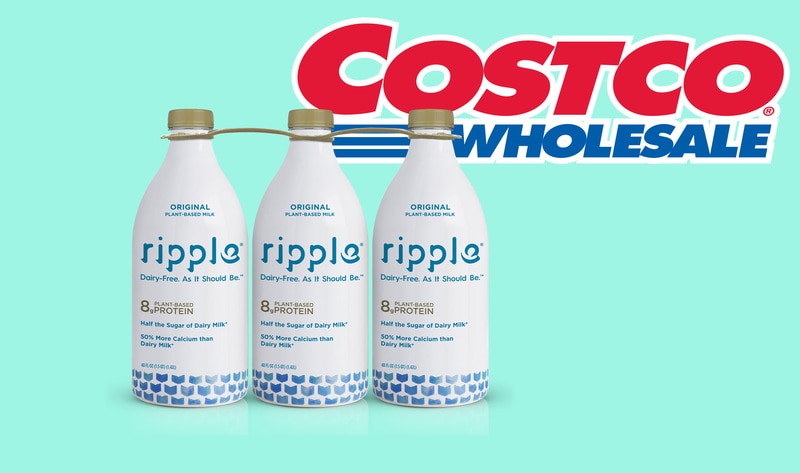 Vegan brand Ripple Foods recently launched its vegan pea milk at wholesale giant Costco. The brand is offering a three-pack of 48-ounce bottles of the Ripple Original Plant-Based Milk for $8.99 at 18 stores in the Midwest region, including Ohio, Indiana, Kansas, Illinois, Minnesota, Michigan, Missouri, and Nebraska.

“Ripple met with various Costco regions around the country, and found a receptive audience in the Midwest,” Kyle Watts, Alternative Channels Associate Director at Ripple Foods, told VegNews. “The Midwest region has been very supportive and collaborative with Ripple throughout the process of concept to launch. Ripple hopes to expand outside of the Midwest region with a successful test.”

Earlier this year, Ripple released its first ice cream line made with the brand’s proprietary Ripptein protein, a pea protein-derivative that serves as an alternative to cashews and almonds as a base for plant-based dairy products. The brand also recently expanded its line of protein shakes into 7-Eleven convenience stores across the United States.

People in the UK can Purchase Rattlesnakes, Vipers and Cobras Easily and it Needs to Stop!

Half of the World’s Sandy Beaches Will Disappear by 2100