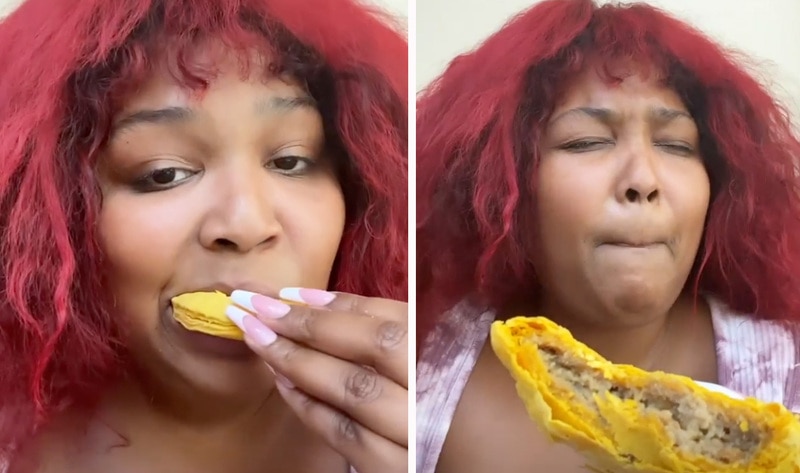 This week, vegan musician Lizzo sampled New York City-based chain Golden Krust’s new vegan Jamaican patties. “I’m not exaggerating when I say today is possibly the best day of my life,” Lizzo said on her Instagram stories. “If you know me, you know that I love, love Jamaican beef patties. By the grace of Jesus … Golden Krust and Beyond Meat … I’m about to tear this up.” Lizzo—who recently celebrated her six-month vegan anniversary—explained that she made her own vegan Jamaican beef patties once but that those were “janky” before taking another bite of Golden Krust’s new vegan patty.

Golden Krust partnered with vegan brand Beyond Meat to create the patties using its Beyond Beef as a substitute for meat in the chain’s 30-year-old secret family recipe. After testing them at select locations in February, Golden Krust expanded the vegan patties to 100 restaurants this week. The company—which distributes its products at 25,000 retail points of sale—is also currently rolling out the patties, in mild and spicy flavors, at 1,000 retailers across the East Coast, with expanded distribution planned for coming months.

Tips for Keeping Your Home and Indoor Spaces Free of Coronavirus