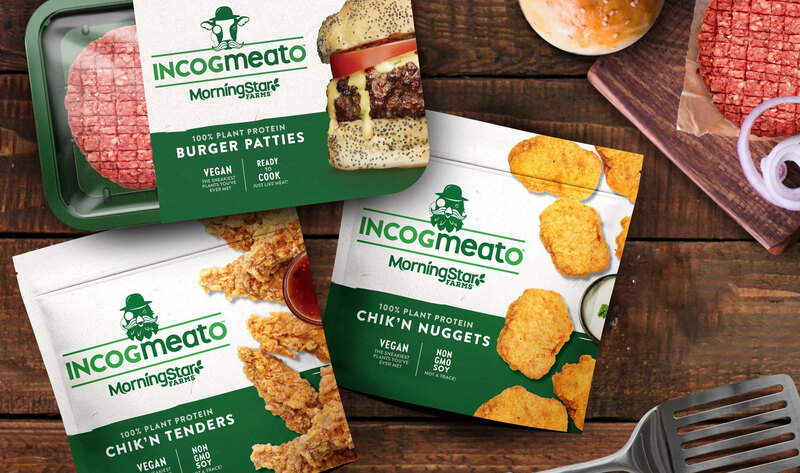 This week, food brand MorningStar Farms announced that it will donate $1 million worth of its Incogmeato vegan meats to hunger-fighting organization Feeding America to boost its efforts in closing the growing protein gap—the lack of fresh, good-quality protein currently available to food banks. “We are proud to be partnering with Feeding America to help extend Incogmeato’s mission of making plant-based protein accessible to all, especially in this critical time of need,” Sara Young, General Manager of Plant-Based Proteins at MorningStar Farm’s parent company Kellogg Company, said. “The need for good-quality protein at food banks is higher than ever, so it’s important that we donate and raise awareness of this issue now.”

The initiative involves a fun photo competition element that calls upon fans to vote on Instagram posts created by Incogmeato’s animal ambassadors @SammiChicken, @Prissy_Pig, and @BuckleytheHighlandCow and directs them to contribute to Feeding America. On Sunday November 1, the winning animal will have $1 million worth of Incogmeat’s vegan meats donated in their name to Feeding America, which will mark the largest donation ever made to the charitable organization by an animal donor.

“Feeding America is grateful for Incogmeato’s donation of much-needed protein to food banks across the country,” Blake Thompson, Chief Supply Chain Officer at Feeding America, said. “Their generosity helps food banks provide more nourishing food to our neighbors during this challenging time. We are thankful for their commitment to fighting hunger and for helping to address the increased need in our communities.”

Protect Dogs from Fireworks and Shut Down the Illegal Online Wildlife Trade: 10 Petitions You Should Sign This Week to Help Animals

Petition: End Live Animal Exports in the US