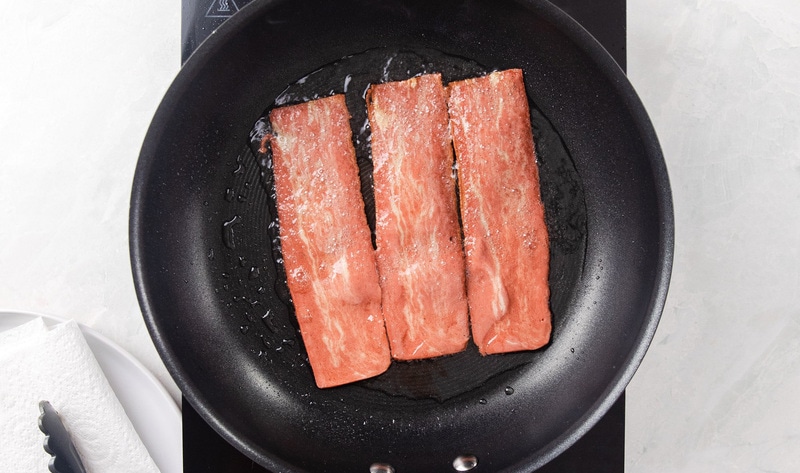 This week, vegan meat startup NEXT! Foods launched its Extra Crispy Bacon Style Strips at grocery chain Countdown across New Zealand. The smoky vegan bacon is made to sizzle in a similar way to pig-derived bacon but without animal cruelty. “We know that New Zealand is a nation of bacon lovers. A bacon butty dripping with sauce is practically an institution. However, more and more Kiwis are choosing to cut down on their meat consumption,” NEXT! Foods founder Biren Doshi said. “With NEXT! Bacon, it is still possible to enjoy all of your favorite bacon-y treats—from bacon butties to the ultimate mac and cheese—without the guilt.”

The startup, which also makes vegan chicken in two flavors, created the realistic soy-based bacon using its cutting-edge technology to mimic its animal-derived counterpart. “We have worked really hard to ensure NEXT! Bacon is as juicy and realistic as possible. There is none of the dryness associated with some plant-based bacons. It also crackles like real bacon in the pan! That sound, along with the mouth-watering aroma of bacon, are two of the greatest pleasures when cooking and eating bacon, so it was crucial that we got those details right.”

Restore Trophy Hunting Ban on Elephants and Save Baby Monkeys From Being Sold: 10 Petitions You Should Sign This Week to Help Animals