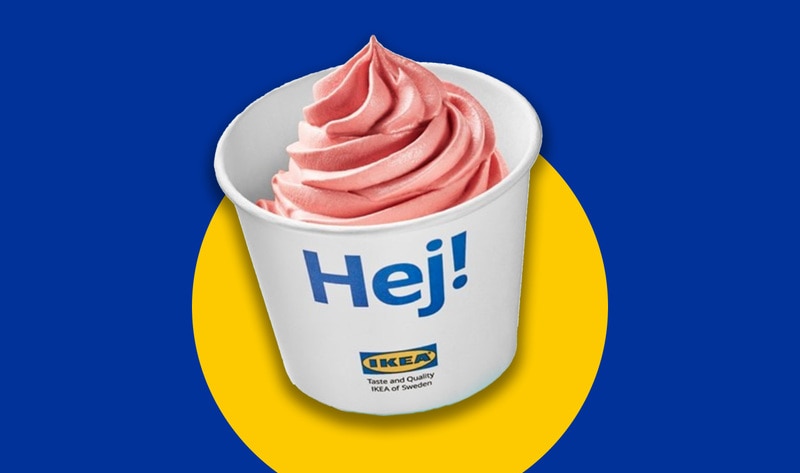 This week, furniture chain IKEA added vegan soft serve to its in-store menu across Canada. The new frozen treat retails for CAD$1 and is made with a base of strawberry purée. According to IKEA, the vegan soft serve is substantially more eco-friendly than its dairy-based counterpart. “For us, maybe the best thing about this dish is that its carbon footprint is around half that of a traditional milk-based ice cream,” IKEA states. IKEA began developing the vegan soft serve in 2018 and first launched it at European locations in April 2019 before expanding it to other regions, including the United States.

The vegan soft serve is part of IKEA’s global commitment to reduce its carbon footprint through the introduction of plant-based options. In 2015, IKEA launched the first vegan version of its popular Swedish meatballs. This year, the furniture giant launched a new, meatier version of its “plant ball”—which carries only four percent of the carbon footprint produced by its animal meat-based meatball—made with yellow pea protein, oats, potatoes, onion, and apple. In recent years, IKEA has also launched vegan hot dogs, regional plant-based options (such as katsu curry in Japan), and its first plant-based burger (available at its “Foodbox” concept in Coquitlam, Canada).