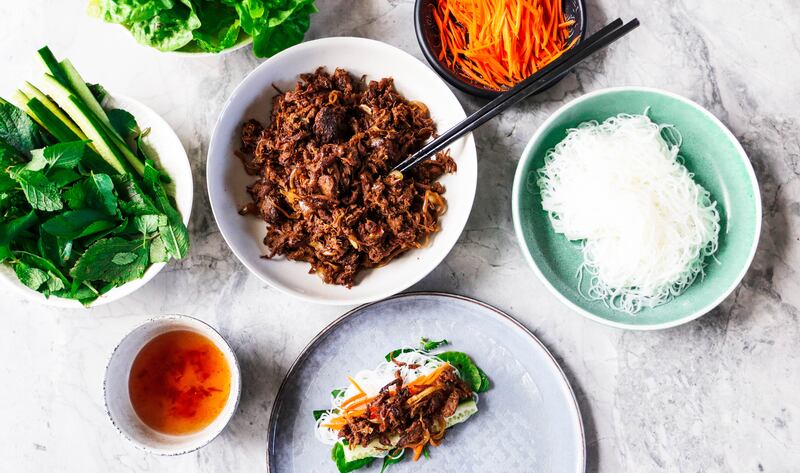 This week, Australian company Fable announced the launch of its Plant Based Braised Beef at 470 Coles supermarket locations across Australia—which adds to its debut at more than 600 Woolworths stores in June. Developed by fine-dining chef and mycologist Jim Fuller, organic farmer Chris McLoghlin, and meat-lover-turned-vegetarian Michael Fox, Fable’s vegan braised pork is made with a base of mushrooms that lend an umami flavor and texture similar to pulled meat. “We’ve seen a significant increase in interest and demand in the plant-based food category, and we are working to provide our customers more choice and variety,” Aliette Errington, Coles Category Manager of BBQ and Meat Free, said. “We’re excited to offer Fable’s premium plant-based braised beef products to more Aussie kitchens and continue building our offering in the growing category.”

Prior to its retail launch, Fable’s vegan braised beef was available on menus at more than 100 restaurants in Australia, Singapore, and the United Kingdom, including those operated by Heston Blumenthal—a British Michelin-starred chef and pioneer in molecular gastronomy. “Bringing our delicious plant-based braised beef products to Aussies in partnership with Coles marks an important milestone in our mission to make plant-based food more appealing and accessible for everyone. We want to show Aussies that plant-based proteins can be as delicious as meat and help make it easier for people to make more sustainable food choices without compromising on taste or quality,” Fox said. “We’re continually developing our product offering and looking for ways to bring plant-based more into the mainstream. We’re looking forward to announcing more launches and partnerships in the coming months, and giving Aussies more options to incorporate plant-based food into their diets.”

Fable’s vegan meat is also available through meal-kit delivery services Marley Spoon and Dinnerly and the company plans to announce new partnerships and products in the coming months.