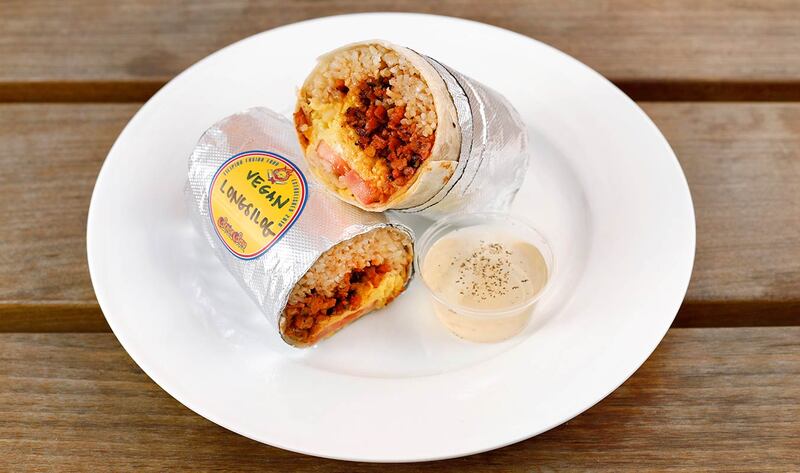 This month, San Francisco-based eatery Señor Sisig launched a vegan spinoff of its original meat-heavy food truck. The creation of the vegan food truck was almost a year in the making as Señor Sisig founders Evan Kidera and Gill Payumo worked to perfect the flavors, textures, and branding. Señor Sisig Vegano will offer dishes with the same flavors of the original menu but they will be plant-based, including tacos, burritos, nachos, and loaded French fries. Each dish offers a choice of protein such as vegan chicken, pork, bacon, or chorizo, and a choice of spice level from “non-spicy” to “hella spicy.”

“Earlier this year we started introducing vegan specials at our trucks and restaurants and the response was great,” Kidera told VegNews. “That really sparked the idea of doing an all-vegan truck. We thought to ourselves, ‘How cool it would be if we took our full menu and made it 100-percent plant-based while delivering the same quality, flavor, and satisfaction our fans have experienced over the years.’ Our hope is that this concept will attract both vegans and non-vegans alike and give our community another way to enjoy Señor Sisig.”

Señor Sisig Vegano will be located at 701 Valencia Street in San Francisco on weekends. The plan is to eventually be open seven days a week at the San Francisco location and other locations around the Bay Area.

Rangers in Central Park Rushing to Save Duck with Plastic Stuck on Beak!