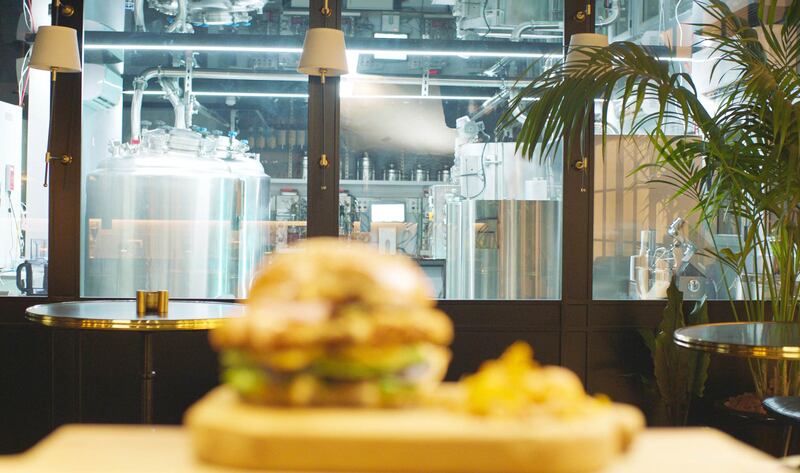 Israeli food technology startup SuperMeat recently unveiled the world’s first lab-grown meat restaurant. Called “The Chicken,” the concept is a test kitchen that sits adjacent to its pilot production plant. Set up like a restaurant, visitors (who must apply for a table) see SuperMeat’s production process and are among the first to try the startup’s cultured chicken—real meat grown from a small number of animal cells without the need to slaughter the chicken. Aside from the cultured chicken—which is served in two burger compositions—the fall 2020 menu of The Chicken features a variety of seasonal ingredients in dishes such as salads and tortelloni and several dessert options. “The burger has a juicy chicken flavor, crispy on the outside and tender on the inside,” SuperMeat CEO Ido Savir told Fast Company. “Feedback from multiple tasting panels was consistent that it was indistinguishable from conventionally manufactured chicken, and simply a great-tasting chicken burger.”

The restaurant does not charge visitors for their meals but does use their feedback to guide its approach to commercializing cell-based chicken, which no other company, including SuperMeat, has done yet for several reasons, including pending regulatory approval from governing bodies. Currently, SuperMeat’s pilot plant is capable of producing several hundred pounds of cell-based chicken every week and the startup has spent three years developing a scalable manufacturing process. SuperMeat is aiming to launch its cell-based meat in restaurants within one to two years and ramp-up production with commercial-scale plants in five years. The goal is to reach price parity to traditionally raised chicken shortly thereafter.

From Butternut Squash Soup to Dark Chocolate Quinoa Crispies: Our Top 10 Recipes of the Day!

How to Make Vegan Brioche, Rolls, and Buns!