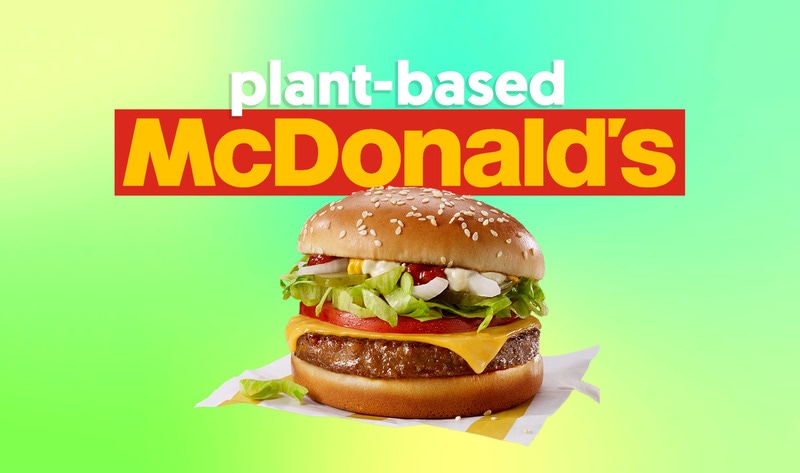 Today, global fast-food chain McDonald’s announced the development of its “McPlant” platform, which will be used to develop future plant-based items for its menus worldwide. “McPlant is crafted exclusively for McDonald’s, by McDonald’s,” Ian Borden, McDonald’s International President, said during an investor meeting today according to USA Today. “In the future, McPlant could extend across a line of plant-based products including burgers, chicken-substitutes, and breakfast sandwiches.” Borden explained that a burger is already in the works from the McPlant platform and will debut as early as next year. “When customers are ready for it, we’ll be ready for them,” Borden said.

The McPlant platform is flexible and will function in accordance with the types of products consumers demand in global markets. “A market can pull that down if they think there is customer demand,” McDonald’s CEO Chris Kempczinski said. “The pace will be dictated by customer demand and how quickly customers look for McDonald’s to offer that product.”

In September 2019, McDonald’s tested the P.L.T (Plant, Lettuce, and Tomato) at 28 locations in the southerwestern region of Ontario, Canada made with a Beyond Burger patty. The chain also currently offers vegan burgers in Germany (where it serves the Big Vegan TS made with Nestle’s Incredible Burger); and the United Kingdom (where it serves a variety of plant-based options, including a vegan Happy Meal). McDonald’s does not currently offer a vegan burger on its menus in the United States—which might change with today’s announcement of the McPlant platform.

Vegan author Kathy Freston has been petitioning McDonald’s to add a vegan option to its menu for more than six years—and her petition on Change.org is one of the largest of its kind with more than 230,000 signatures. “For years now consumers have been asking McDonald’s to add a plant-based burger to their menu in the United States. This development is extremely good news for the millions of people looking for healthier alternatives when they eat at McDonald’s, and a testament to the people power of those who’ve been asking McDonald’s executives for this change for years,” Freston said. “Now the hope is that this becomes bigger than just a few test markets, but a truly revolutionary change to McDonald’s menu all across the country and the globe. Seventy percent of the world’s population is reducing their meat consumption or avoiding it altogether, so it’s great to see one of the most iconic restaurant brands in the world finally evolving with the times.”

Need Another Reason to Stop Buying Fur? Watch this Sad Footage of Mink Attacking Each Other at a Lithuanian Fur Farm