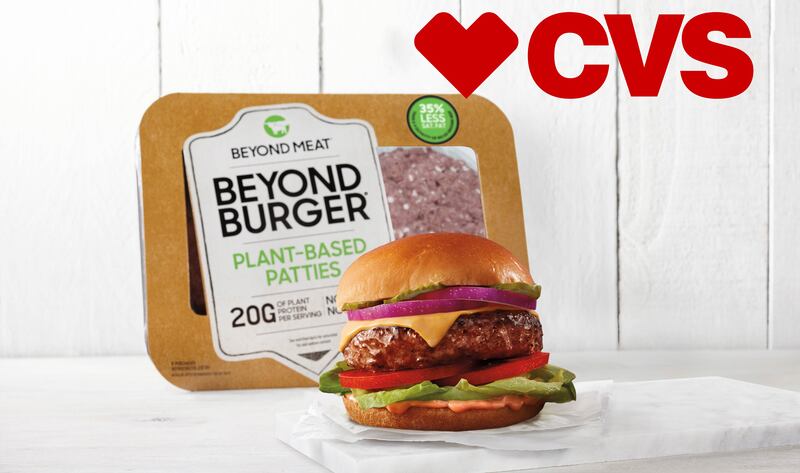 In January 2021, Beyond Meat will launch its popular vegan Beyond Burger at 7,000 locations of CVS Pharmacy nationwide. The brand will also launch its new Beyond Meatballs—vegan meat that is pre-rolled and pre-seasoned with a blend of Italian spices—at 5,000 CVS locations nationwide. “CVS has now become a place where people are picking up some household grocery goods, so we want to be there,” Beyond Meat CEO Ethan Brown said during the company’s recent earnings call, adding that the company is planning to add other products to the distribution channel.

The expansion comes after a year of growth for Beyond Meat, which tripled its retail footprint at Walmart to 2,400 locations this fall and slashed prices on its Beyond Burger (through its limited-edition Beyond Cookout Classic bulk pack) this summer to make its vegan meat more affordable to shoppers looking for protein during the COVID-19-induced meat shortage.

On the foodservice side, Beyond Meat has had an eventful week with the launch of limited-time Beyond Pan Pizzas at locations of Pizza Hut nationwide. The brand also revealed that it is working with McDonald’s to launch its McPlant burger—a plant-based burger the chain plans to launch in 2021 as part of its new McPlant platform that could also launch plant-based chicken and breakfast sandwiches.

Coalition of Restaurants Launches “The Great American Takeout,” A New Holiday with Plenty of Vegan Options