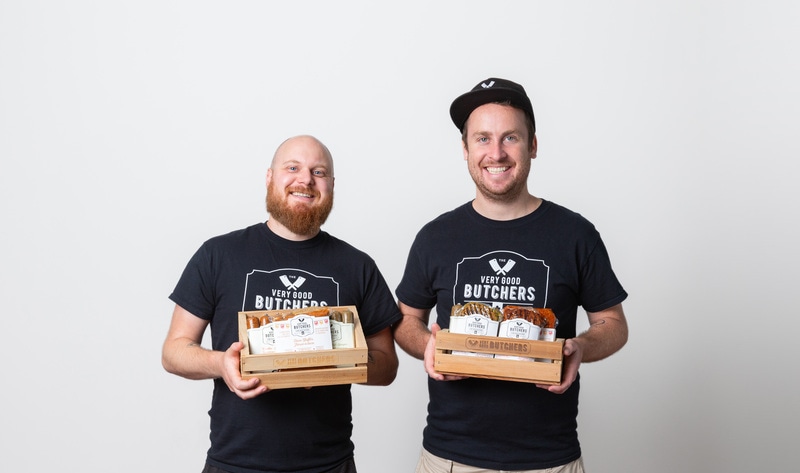 This month, stock in Canadian vegan company The Very Good Food Company Inc. became available for purchase (under the ticker VRYYF) to Americans through the OTCQB market—a venture market operated by OTC Markets Group and designed for early-stage and developing United States-based and international companies. The company is behind Canada’s The Very Good Butchers, a brand founded in 2016 by couple James Davison and Tania Friesen that sells vegan meats and cheeses at Canadian retailers and through a subscription service, as well as operates a storefront at the Victoria Public Market selling its vegan items and prepared foods. The company also trades on the Frankfurt Stock Exchange in Germany under the ticker “0SI” and its expansion into the OTCQB market will not interrupt its trading in other markets.

In June, The Very Good Food Company began trading (under the ticker VERY) on the Canadian Stock Exchange (CSE) and saw an 800 percent increase in its stock value after its first few days of trading. In August, The Very Good Butchers announced its plans to expand distribution to the United States supported by $8.5 million that the company raised in the closing of oversubscribed funds from its public offering.

“We have seen increased trading volume among US investors as our brand has become more internationally recognized,” The Very Good Food Company CEO Mitchell Scott said. “With an upgrade to the OTCQB, we expect our shares to become more widely accessible to a range of American investors, and we hope to continue building momentum and increasing our shareholder base internationally.”

The Very Good Food Company is the second plant-based meat company to go public following Beyond Meat’s listing on the NASDAQ last May—where the stock prices saw 163 percent surges on the first day of trading making it the top performing first-day stock of 2019.

Grab a Free Vegan Grilled Sandwich From Miyoko’s Food Truck Traveling in Major Cities all Across the Country!