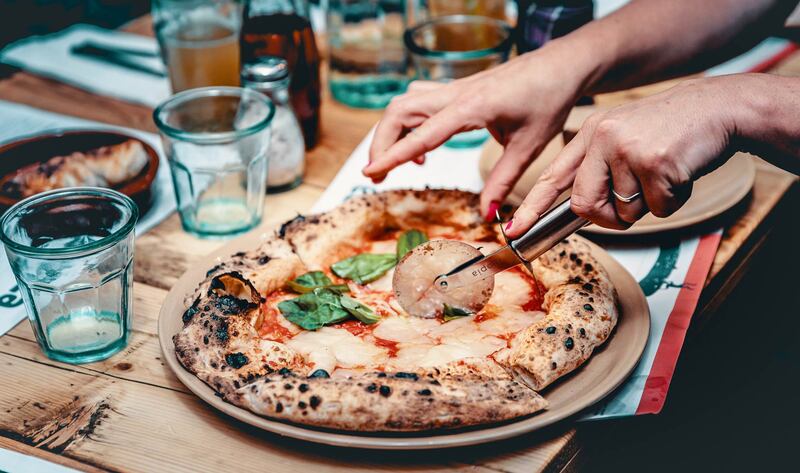 United Kingdom-based vegan pizza chain Purezza recently raised £2.4 million ($3.2 million) in new investment capital. The chain plans to use the funds to expand across the globe and into the retail market. The funding round was completed by London holding company MVK Group and vegan investment firm Veg Capital invested directly into the retail expansion of Purezza’s vegan mozzarella, which will see a new 8,000-square-foot cheese factory and retail space operating in Brighton & Hove.

Purezza has yet to announce specific plans for expansion into other countries, but according to Tim Barclay, co-founder and co-owner of Purezza, the United States is on the list for future restaurants. “Whilst we can’t yet confirm when and where in the US we are looking to open Purezza, US expansion is very much on the horizon for us and we certainly have plans to open our restaurant across the globe,” Barclay told VegNews. With two new location openings in Brighton & Hove and Bristol in August and September 2020, the funding will ensure Purezza can continue expanding rapidly throughout 2021.

The award-winning pizza chain specializes in plant-based alternatives to classic Neapolitan pizza and has also developed its own line of vegan cheese exclusively for its restaurants. Since launching its first restaurant in 2015, Purezza has expanded to four locations, including two new locations this year. Earlier this year, it also tripled the size of its Camden restaurant.