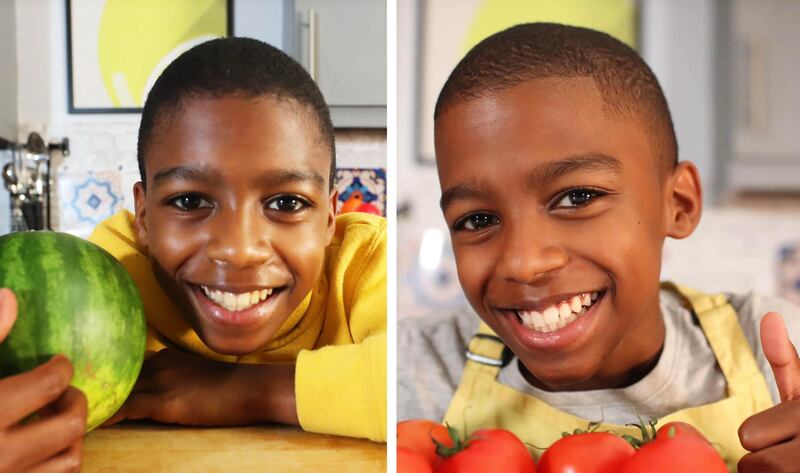 Pre-teen vegan chef Omari McQueen recently landed his own show on CBBC—a BBC-operated channel for children. Aimed at children between the ages of seven and 16, What’s Cooking Omari? is a seven-minute weekly segment hosted by the 12-year-old United Kingdom-based chef who will prepare plant-based recipes to inspire children to ditch animal products.

“He’s only 12 years old but has already won the hearts of hundreds and thousands online, cooking up a storm with his delicious vegan food,” BBC stated. “In his first-ever TV commission, Omari introduces us to his effervescent siblings, who join him in the kitchen to create a wonderful array of delicious healthy meals for all the family to enjoy.”

McQueen went vegan when he was seven years old and created his own vegan brand Dipalicious at the age of eight after starting a YouTube channel where he filmed himself making a vegan pizza served with his own Caribbean Kick dip. Last year, McQueen hosted a Dipalicious pop-up restaurant in Croydon, United Kingdom, where he served a variety of vegan Caribbean-inspired fare. McQueen is also releasing his first cookbook, Omari McQueen’s Best Bites Cookbook, in January 2021.

What’s Cooking Omari? will air on Sunday at 9:30am on CBBC.