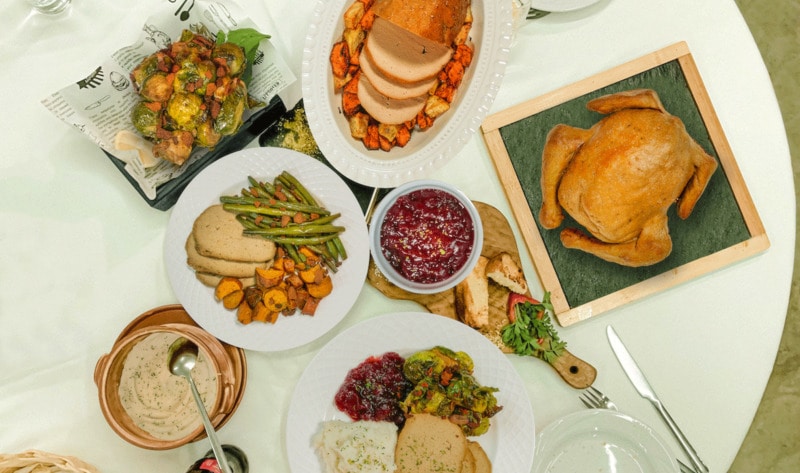 San Francisco Bay Area vegan startup Prime Roots unveiled its offerings for Thanksgiving this week, including the Turkey Special—a whole vegan bird available in limited quantities for $39.99 from the company’s website. The vegan turkey features more protein than its animal-derived counterpart and comes with the added benefit of being high in fiber. “Plant-based turkey without compromise,” the company describes the vegan bird. “You get all the meaty flavors and textures you’re familiar with. Plus, our turkey saves turkeys.”

In addition to the full vegan bird, Prime Roots is offering a 16-ounce vegan turkey roast ($29.99), along with meal bundles (prices range depending on size) that include either the turkey roast or the full turkey and vegan bacon-spiked sides such as roasted sweet potatoes, roasted Brussels sprouts, and roasted green beans, along with gravy and cranberry sauce.