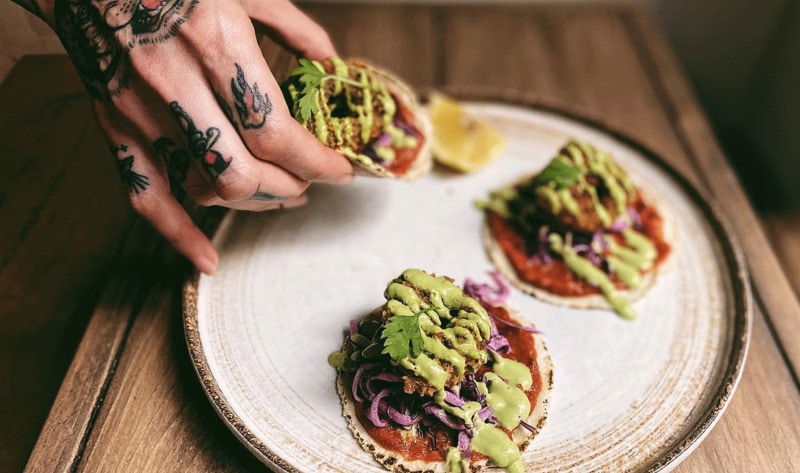 Dino Angelo Luciano, the season eight winner of reality show MasterChef, recently opened vegan restaurant Le Mariachi in Montreal. The restaurant’s concept is a California street food approach to Mexican cuisine, featuring dishes such as the California burrito with vegan beef, potatoes, guacamole, sour cream, lettuce, and marinated onions; oyster mushroom calamari tacos with romesco sauce, chimichurri cream, daikon, and marinated coleslaw; loaded French fries; and soup. Everything on the menu is made from scratch, from the vegan meat to the tortillas, and the menu will change regularly.

“For me, the best Mexican fusion street food can be found in California … and from my first stay in Montreal, I first saw the open-mindedness of Montrealers, but above all, I couldn’t find any place to fill me up,” Luciano told media outlet Time Out Montreal.

Le Mariachi is open Wednesdays to Fridays from 3pm to 9pm and on Saturdays from 1pm to 10pm. The eatery plans to eventually implement weekend brunch items such as chilaquiles and breakfast burritos.

New Vegan Hawaiian Bowls to Debut at Costco this Summer