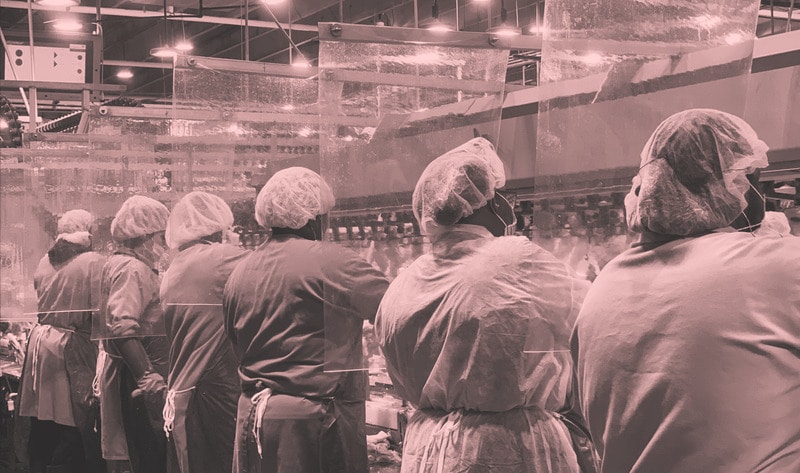 A wrongful death lawsuit filed against meat giant Tyson Foods alleges that managers at its Waterloo, IA facility were betting on how many slaughterhouse workers would become ill from COVID-19. The lawsuit was originally filed in this summer on behalf of late Tyson worker Isidro Fernandez who died from COVID-19 on April 26 and was amended this month to include new allegations. According to the amended lawsuit, plant manager Tom Hart “organized a cash buy-in, winner-take-all betting pool for supervisors and managers to wager how many employees would test positive for COVID-19.” The suit also names upper-level manager John Casey who it says called COVID-19 a “glorified flu” and urged workers to continue to work despite them feeling ill. Tyson announced that it has suspended the parties involved without pay while an investigation is conducted into the matter and says it has invested hundreds of millions of dollars to ensure safety at the plant.

In April, after pressure from local officials and lawmakers, Tyson temporarily closed its Waterloo plant after the meat facility was linked to the largest COVID-19 outbreak in Black Hawk County—which then had the highest number of confirmed coronavirus cases in Iowa. By May, more than 1,000 of the Waterloo facility’s 2,800 workers had been infected and at least five had died, according to The Black Hawk County Health Department.

After more than 20 slaughterhouses closed by late April, President Donald Trump, invoking the Defense Production Act, signed an executive order to force slaughterhouses to remain open, despite growing infection rates among workers who stand shoulder-to-shoulder while packing animal carcasses. While the wrongful death lawsuit was originally filed in Iowa state court, Tyson moved the suit to federal court where Trump’s executive order can protect the meat company from this type of liability. The lawsuit also states that while Tyson claimed it needed to stay in operation to feed Americans, the company increased its exports to China by 600 percent in the first quarter of 2020.

“This shocking report of supervisors allegedly taking bets on how many workers would get infected, pressuring sick workers to stay on the job, and failing to enforce basic safety standards, should outrage every American,” Marc Perrone, International President of United Food and Commercial Workers Union (UFCW) which represents meatpacking workers, said. “These stunning safety failures make clear that the Trump Administration and Iowa Governor Kim Reynolds care more about industry profits than protecting America’s frontline workers.”

Research published this week by the National Academy of Sciences referred to meatpacking plants as “transmission vectors” that accelerate the spread of COVID-19 throughout surrounding communities. As of November 20, 42,000 positive COVID-19 cases have been tied to meat and poultry processing facilities in at least 474 plants in 40 states, and at least 221 workers have died as a result according to figures from the Midwest Center for Investigative Reporting.