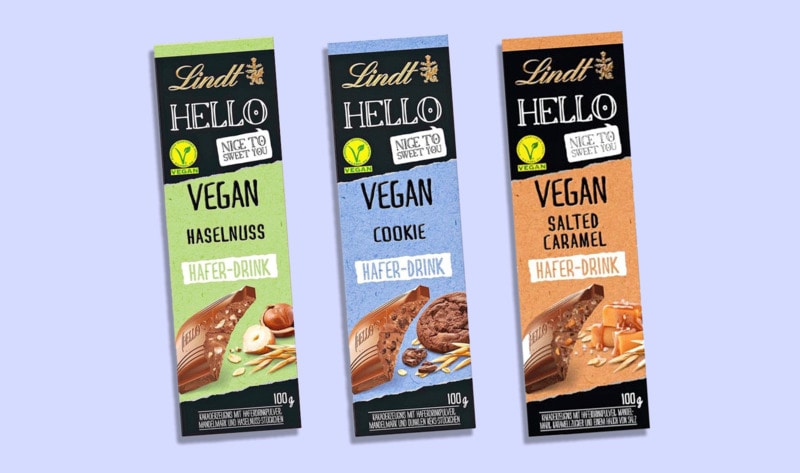 A new vegan milk chocolate line made by Swiss brand Lindt & Sprungli is now available in the United Kingdom. Lindt offers oat-based chocolate bars under its HELLO collection in three flavors: Cookie, Salted Caramel, and Hazelnut, all sold in recyclable packaging. While the line recently became available in Germany, vegan candy shop The Conscious Candy Company is the first retailer in the UK to carry Lindt’s new vegan line. The store began offering two flavors (Cookies and Hazelnut) for €3.99 ($5.31) each last week and has since sold out. It will stock the Salted Caramel flavor next month.

Lindt is among a growing number of major chocolate companies to develop vegan milk chocolate bars, including Mars which launched a rice milk-based vegan version of its Galaxy bars in the UK in Smooth Orange, Caramel & Sea Salt, and Caramelized Hazelnut last year. Chocolate giant Cadbury has also been working on a vegan milk chocolate bar for more than two years and aimed to launch it during Veganuary in January of last year but could not perfect the recipe in time.