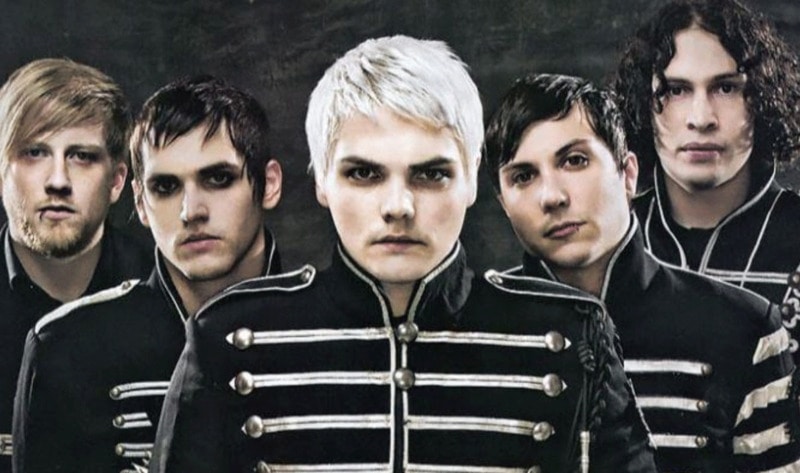 Rock band My Chemical Romance recently launched a vegan makeup line that sold out in one day. The limited-edition collection, inspired by the band’s 2004 album Three Cheers For Sweet Revenge, was created in partnership with cosmetic company Hipdot.com and features a double-ended liquid liner, a double-ended retractable eye shadow brush, and a nine color eyeshadow palette with shades named after the album’s most famous lyrics, such as All The Ghosts (a gunmetal grey, influenced by “The Ghost of You”) and a rose red named Starless Eyes, inspired by “It’s Not a Fashion Statement, It’s a F*cking Deathwish.” The collection also includes an autographed collector’s box with all three products.

“The rock music scene has always used makeup as a tool for further expression,” Jeff Sellinger, Cofounder and Chief Executive Officer of HipDot, said. “The band’s history of bold hits and unique sound aligns with the sort of creators we at HipDot are, and so believe this would be the perfect partnership. We are excited to bring My Chemical Romance’s cult fan-following the homage they never knew they needed.”