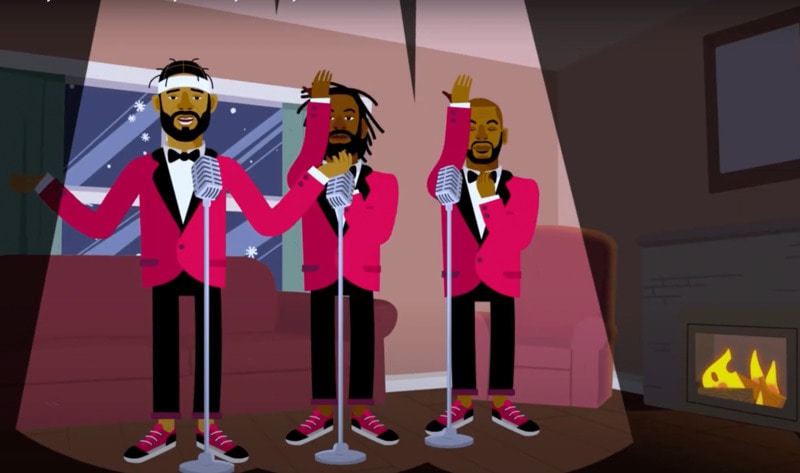 Vegan NBA stars JaVale McGee, Chris Paul, and DeAndre Jordan have joined forces to form a new band called The Beyond Boys, in partnership with vegan meat company Beyond Meat. The musical trio released a music video for its first track, “12 Days of Christmas,” this week to promote plant-based foods during the holiday season.

“Getting into the holiday spirit, I thought it would be fun to put a twist on a classic Christmas hit featuring some of my favorite Beyond Meat products,” said McGee, who produced the track. “I hope everyone enjoys the new song in the same way I enjoyed producing it and is inspired to try more plant-based eats this holiday season.”

Beyond’s athlete ambassadors
In 2019, McGee, Paul, and Jordan were part of a group of 14 professional athletes who joined Beyond Meat as investors and ambassadors. Since then, the athletes have appeared in a number of Beyond Meat campaigns. In July 2019, Jordan helped promote the launch of the Beyond Breakfast Sandwich at Dunkin’ by making a personal appearance at a location in New York City.