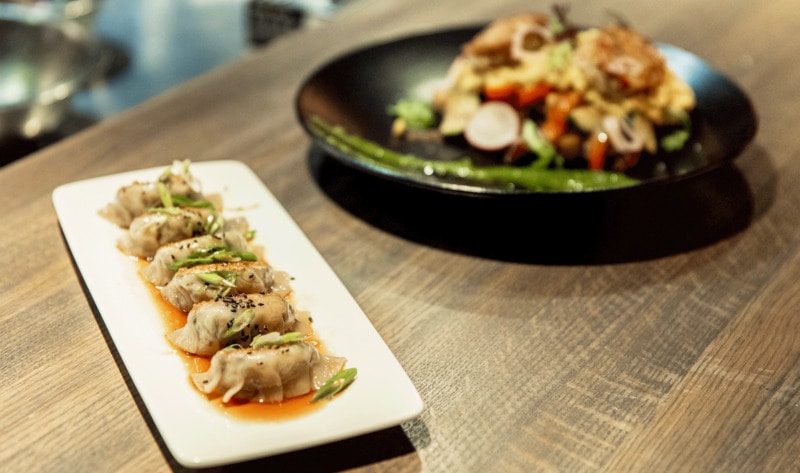 Vancouver, BC-based vegan meat company Modern Meat plans to produce up to 100,000 newly launched gyozas in a seven-hour shift. The food manufacturer recently launched its plant-based Modern Gyoza, which it says contains authentic Asian flavors and healthy vegan protein instead of traditional animal protein. “I am extremely excited for the launch of our Modern Gyoza. The gyoza has been a staple food for many families and the flavour profile is authentic and in-line with traditional gyoza,” Modern Meat CEO Tara Haddad said. “The main difference is now we have a focus on the health benefits of a plant-based gyoza.”

Keeping up with demand
During Modern Meat’s research and development process, it anticipated that it would have production capacity challenges with the demand of its other plant-based products. However, the company was able to remedy these concerns by agreeing to co-pack with a specialist in the industry. “The  ability to produce up to 100,000 pieces of gyoza in a regular work shift is great news for our company as it does not take away from our existing production and takes advantage of our great distribution network,” Haddad said. “We expect the revenues from the gyoza to be significant to our balance sheet as we will also be adding new distribution teams/networks to introduce the product.”

Modern Meat also produces vegan crab cakes, burgers, eggplant crumble, meatballs, and sauces. It plans to distribute its new gyoza through its existing foodservice channel in Canada, as well as in the United States.

From Loaded Baked Potato Bowl to Curried Rice and Cashews: Our Top Eight Vegan Recipes of the Day!