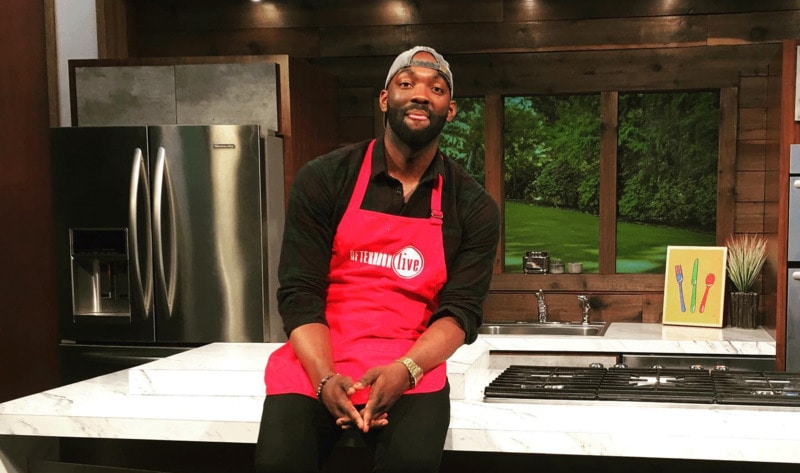 Today, vegan comfort-food pop-up Plant Based Papi opened a brick-and-mortar location in Portland, OR. Created by Jewan Manuel in 2019, Plant Based Papi takes over a former coffee shop and offers a diverse menu with dishes such as beer-battered portobellos, jackfruit nachos, truffle mac and cheese, and spicy fried vegan chicken. Plant Based Papi offers takeout on Tuesdays, Saturdays, and Sundays. Customers can expect a rotating menu, such as tacos on Tuesdays, fettuccine alfredo with king oyster mushroom scallops on Saturdays, and vegan fried chicken French toast sandwiches on Sundays.

Making magic out of plants
Originally from Flint, MI, Manuel was introduced to the culinary world when he started taking college courses at the Applewood Cafe culinary program in high school after which he went on to work at restaurants to pay for college classes. When Manuel moved from Los Angeles to Portland to work as a model, he began developing vegan recipes on his days off.

At Plant Based Papi, Manuel makes as much as he can from scratch and focuses on using whole plants such as jackfruit, mushrooms, and banana blossoms rather than processed vegan meat products. “When I first started using meat alternatives, for me, my body couldn’t process that,” Manuel told media outlet Eater. “Why not try to make everything out of plants?”

Community support
Manuel operated his first pop-up in front of clothing store Workshop Vintage, with the support of owners Audra Santillo and Nate Moore. For subsequent pop-ups, Manuel was offered opportunities to do his pop-up at other food businesses in the city. Because of this, Manuel plans to open his doors to others to host pop-ups in his new space. “That’s what got me here: people offering me opportunities,” he said. “I’m excited to offer that to someone else.”

Beyond Meat Donates One Million Plant-Based Burgers to Healthcare Workers