Puppy mills. They’re filthy, overcrowded, often with hundreds of dogs crammed into tiny cages. If you haven’t seen a puppy mill, check out this video:

Or just look at this picture: 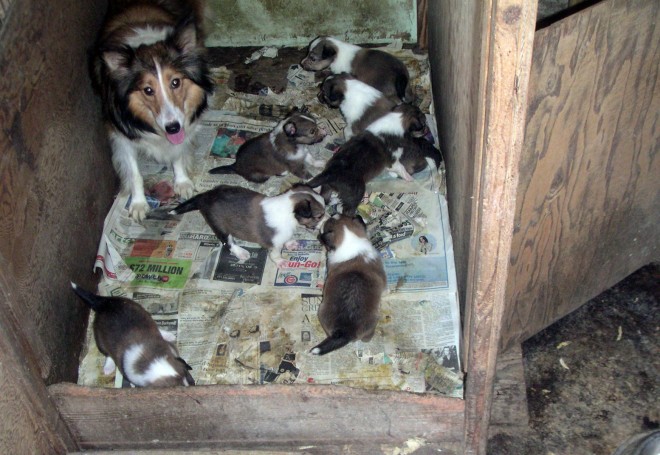 The breeding dogs at these facilities spend their entire lives in confinement, exposed to the elements and denied proper veterinary care. It’s horrifying. Kitten mills are atrocious, too. And while there continue to be many small unlicensed puppy mills out there, flying under the radar, the majority of puppies sold in the United States come from large, licensed and “inspected” kennels. These places are openly sanctioned by the USDA, which often turns a blind eye to their illegal and inhumane conditions. Undercover CAPS investigators have been to hundreds of USDA-licensed mills and documented their many Animal Welfare Act violations. These mills exist for one primary purpose—to supply pet shops with animals.

Pet shops sell animals in almost every state, which is why they present one of our best opportunities in the fight against mills. If pet shops didn’t sell animals, or only offered shelter animals for adoption, puppy mills would lose their biggest market and go out of business. That’s why CAPS investigators go to pet shops across the country. Using undercover footage, we expose the deceptive methods that pet shops use to hide the true sources of their animals. 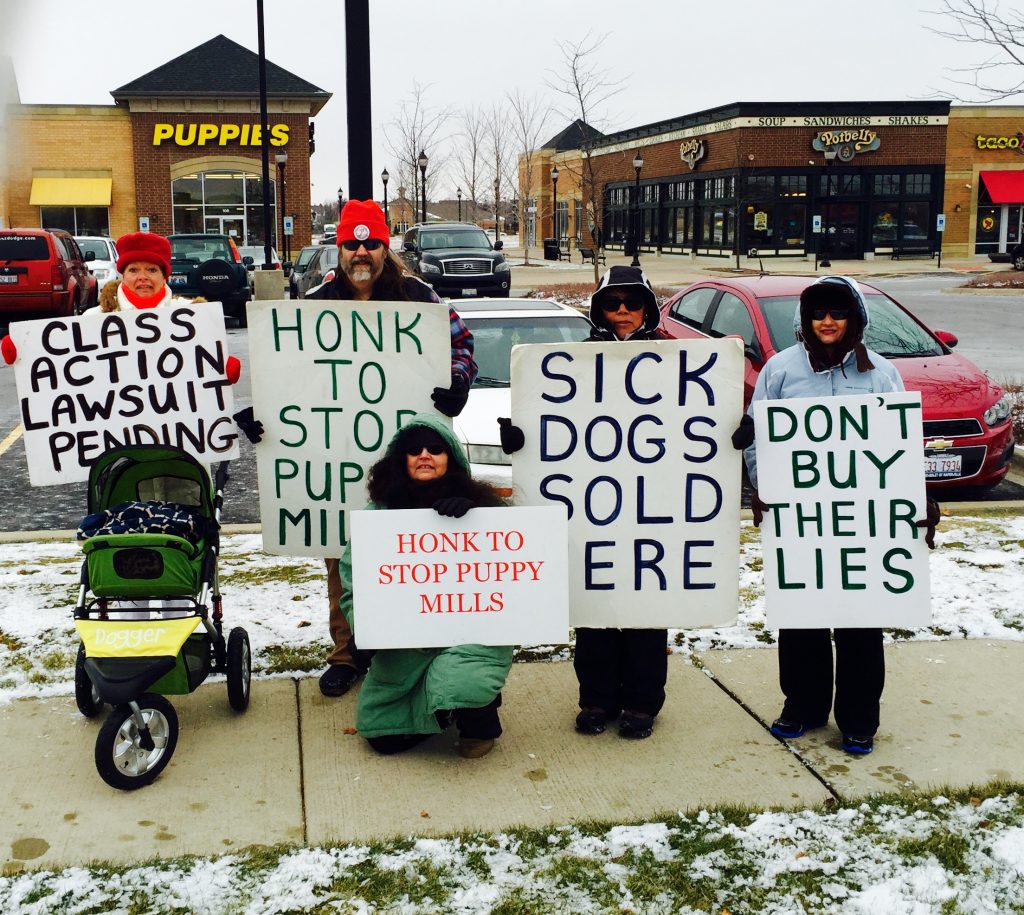 Through protests, CAPS has convinced some pet shops to go humane and forced others to close, but that sort of pressure isn’t always enough. That’s why we’ve also been going city-by-city to pass local ordinances that ban the retail sale of puppies, kittens, and rabbits. We helped bring this ordinance strategy to the forefront a few years ago with our victory in West Hollywood, which banned the retail sale of animals. Since then, CAPS has used evidence from our undercover investigations to help pass ordinances in Los Angeles, San Diego, Sarasota County and elsewhere. We’ve also been taking action at the state levels.

With our assistance, California and Maryland both banned the retail sale of dogs, cats, and rabbits. Eight other states introduced retail ban pet shop legislation over the last couple of years. In total, there are now more than 340 pet shop laws in the United States and Canada. While not all of these laws are perfect, CAPS relentlessly works to make them stronger. We are currently partnered with a coalition of rescues and nonprofits to close a loophole in California’s law that has been allowing fake rescues to sell mill animals. SB 2151 is awaiting the signature of Governor Newsom. We’ve also been suing pet shops, such as ones in California that sell puppies from fraudulent rescues or that sell sick animals using deceptive business practices.

If you would like to help stop puppy mills, there are four things you can do:

1) Contact your city council members to ask about creating an ordinance in your area to ban the retail sale of puppies, kittens, and rabbits.

2) Contact CAPS to let us know about any pet shops in your area that sell animals. We can investigate them to gather evidence, then approach your city council with an effective ordinance strategy.

4) If you are interested in organizing a peaceful protest against a pet shop in your area, contact us for assistance.

With your help, we can finally put an end to puppy and kitten mills once and for all.

10 Vegan Recipes to Serve at Your Yom Kippur Break-Fast