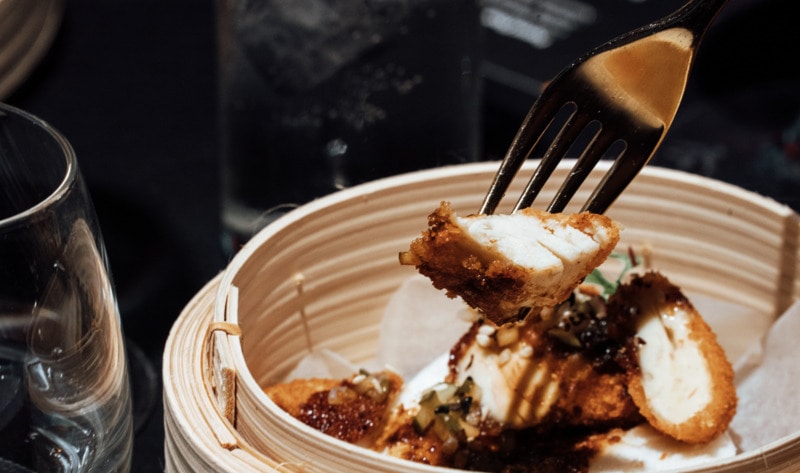 Last weekend, a group of diners in Singapore were the first in the world to purchase a meal made with cell-based chicken after the country became the first to approve the sale of the food technology in November. The customers gathered at upscale restaurant 1880 in Singapore to sample a four-course meal that highlighted cell-based chicken (real meat grown from a small amount of animal cells without the need to slaughter a chicken) produced by California-based startup Eat Just. Among the first patrons to try Eat Just’s cell-based (also known as “cultured”) chicken were teens and pre-teens, an age group that has shown the biggest concern for creating a better planet.

“This chicken, it’s just chicken, but it’s the most amazing thing I’ve ever seen or ever tasted,” a 12-year-old diner said. “It’s definitely made me see how small things, like just changing the way we eat, can literally change our entire lives.” An 11-year-old guest said that he was “speechless” upon trying the cell-based chicken, noting that once the food technology became widely available and more affordable it would “save a lot of animals’ lives and it will be a lot more sustainable,” adding, “It feels good to have chicken without feeling guilty.”

Creating meat without killing animals
The sale of Eat Just’s GOOD Meat Cultured Chicken (the first product of its new cell-based GOOD Meat brand) is the culmination of a nearly century-long journey to get slaughter-free meat to market that started with an essay written in 1931 by British statesman Winston Churchill in which he outlined a vision of the future of meat production that did not involve the inefficiency of slaughtering animals. Dutch researcher and entrepreneur Willem van Eelen picked up Churchill’s vision and made it his life mission to develop more sustainable methods of producing meat. Eat Just acquired van Elen’s patents after his passing to create its groundbreaking cultured chicken and counts his daughter Ira van Eelen as a company advisor.

“My father dedicated his life to the idea that human ingenuity could take this concept from the realm of science fiction to real food that nourishes our bodies,” Ira van Eelen said. “This launch and future developments in the field will forever impact our relationship with the food we eat and the planet we inhabit. This marks the beginning of us doing things better than we have done for thousands of years.”

The future of slaughter-free meat
At 1880, the four-course meal featuring Eat Just’s cultured chicken is sold out through the end of the year. The restaurant is planning to add a cultured chicken dish—which will be priced similar to a premium traditionally raised chicken meal—to its menu in 2021.

“This historic accomplishment is not the result of a single company’s actions—far from it. It’s the result of the imagination and tenacity of Willem van Eelen as well as the many scientists, educators, and entrepreneurs in the field who believed in the power of this idea before most of the folks at my company were even born, including me,” Eat Just CEO and Co-founder Josh Tetrick said. “Today, we’re thankful for them and will continue to carry on their important work.”

Vegan Singer Mýa Just Got Married … to Herself