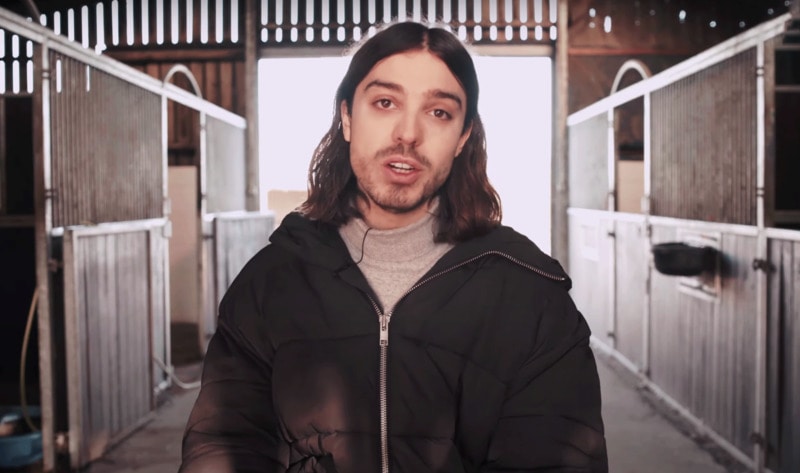 Vegan activist Ed Winters—known as “Earthling Ed”—is set to open The Surge Sanctuary, a sanctuary in England for rescued and abused animals. The activist has been working toward opening the sanctuary since 2018 when he and his team opened vegan restaurant Unity Diner in London, the profits from which helped to fund the sanctuary. This week, Winters formally announced that the Surge team purchased an 18-acre facility in Midlands which is already home to a few residents, including Eric the sheep, Pete and Gus the pigs, Harold and Fredrick the turkeys, and Camila and Chloe the chickens—all animals rescued from slaughter and exploitation in the United Kingdom.

“The Surge Sanctuary has been a dream of ours for a couple of years now,” Winters said in the announcement video. “For myself and the rest of the Surge team, it was the animals that made us go vegan in the first place. It was the animals that connected us with the realization that we needed to change and stop exploiting them so needlessly. So this sanctuary is our way of giving back to the animals who were exploited and killed for us before. In a way, it is us trying to make amends for the exploitation and damage that we’ve caused to sentient beings who suffered on our behalf.”

Building a vegan future
In addition to rescuing animals, Winters plans to use a portion of the 18-acre lot as a farm to grow veganic fruit and vegetables (which could be used on the menu at Unity Diner and to feed rescued animals), dedicate land for rewilding to encourage biodiversity, and a vegan education center. “We want non-vegans to come here, to connect with these animals, to see all the wonderful things about them,” Winters said, “and leave realizing what we realized many years ago that we have to change how we live and we have to fundamentally create a vegan world.”