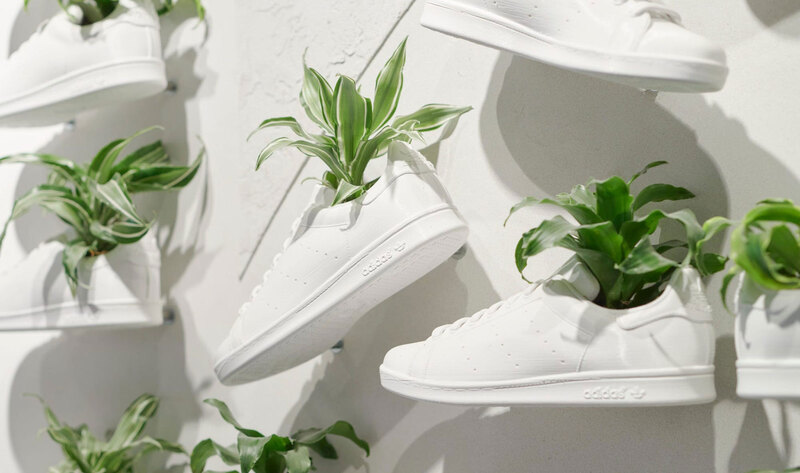 This week, footwear and apparel brand Adidas announced that it is developing vegan leather shoes made from mycelium—the fast-growing root systems of mushrooms. While the brand did not announce when styles made with the new material will be on the market, it partnered with biotechnology startup Bolt Threads in October to gain access to its mycelium-based vegan leather Mylo. At that time, Bolt Threads also partnered with Stella McCartney, Lululemon, and Kering—a luxury fashion group that manages the development of brands such as Gucci, Saint Laurent, Bottega Veneta, Balenciaga, Alexander McQueen, and more—to give them access to the vegan material, which Bolt Threads revealed would result in new product launches in 2021.

In addition to using new, plant-based materials, Adidas aims to ramp up its use of recycled ocean plastic in place of environmentally damaging materials in its designs. In 2020, it produced 15 million pairs of shoes made from recycled plastic waste and aims to increase that number to 17 million in 2021. The company also aims for 60 percent of its product line to use recycled polyester and is currently developing recycled cotton.

Adidas goes vegan
In 2018, Adidas launched a vegan version of its iconic Stan Smith sneaker, in partnership with designer Stella McCartney—and debuted a second version with colorful star patterns and chunky rainbow shoelaces in 2019. In June 2020, the company announced the launch of its “Our Icons Go Vegan” initiative to veganize its most iconic styles and has thus far added two new styles to the vegan collection: Samba ($80) and Continental 80 ($80), both embossed with a “Adidas Original Vegan” logo and made with animal-free materials, down to the glue.

10 Awesome Dairy-Free S’more Recipes You Can Make At Home (No Campfire Needed!)