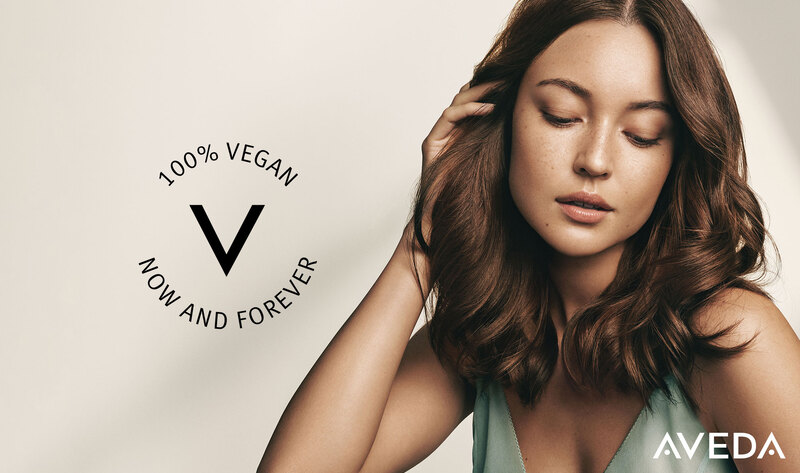 Today, cruelty-free haircare and beauty brand Aveda announced all of its products will be 100-percent vegan worldwide. More than 500 hair care, hair color, body care, makeup, and aroma products will now be free of honey, beeswax, and beeswax-derived ingredients. “Aveda was founded on an environmental mission, so becoming vegan was a natural next step for us to continue to lessen our impact on the planet,” Christine Hall, Aveda Vice President of Research & Development, said. “We were further compelled to expedite the process when faced with the facts around the impact of animal-derived ingredients on the health of the planet.”

The brand is also partnering with Veganuary to encourage its employees and customers to go vegan for the month of January, making Aveda the first United States-based beauty brand to support Veganuary’s efforts.

Cruelty-free since the start
Aveda was founded in 1978 as a cruelty-free company with a focus on environmental responsibility. While most of the brand’s products were already vegan, some contained honey, beeswax, and beeswax-derived ingredients. “It is important to note that we always stayed away from the use of most animal ingredients, with the exception of bee-derived ingredients,” Hall said. “This has always been a priority for us as a cruelty-free brand.” To meet its sustainability milestones it sets every year in order to continue decreasing the brand’s impact on the planet, Aveda began to reformulate the rest of its non-vegan products with plant-based ingredients.

Saving the bees
While all new Aveda products launched since July 2019 have been vegan, it was a challenge to eliminate honey, beeswax, and beeswax-derived ingredients from its older products. “Many companies use synthetic beeswax, which is derived from petroleum. But that wasn’t an option for us as we always ensure that our formulas are as naturally derived as possible,” Hall explained. Instead of petroleum, the team at Aveda worked for three years to formulate their own alternative to beeswax using a blend of naturally derived waxes and butters. “Every time we touch our formulas, we aim to make them better … A few examples include our Feed My Lips lipsticks and our Light Elements Texturizing Creme,” Hall said. “The latter was a big challenge to reformulate as it had previously relied on the beeswax to provide texture and hold—but we were able to modify the formula to a point where I believe it performs even better now than it did previously.”

Along with its hair products and lipsticks, Aveda transitioned its aromas, tasking the brand’s in-house perfumers to recreate the same sweet, warm, and complex smell without the use of beeswax. “The end result is truly no-compromise, high-performance formulations that are sustainably made,” Hall said.

Aveda’s newly vegan formulations can be purchased on its website, salons, spas, and stores. Additionally, Aveda’s products are sold in Hong Kong, which does not require animal testing for haircare or beauty products unlike Mainland China. Mainland Chinese consumers can purchase the brand’s products on TMall Global, which is based in Hong Kong and also does not require testing on animals.