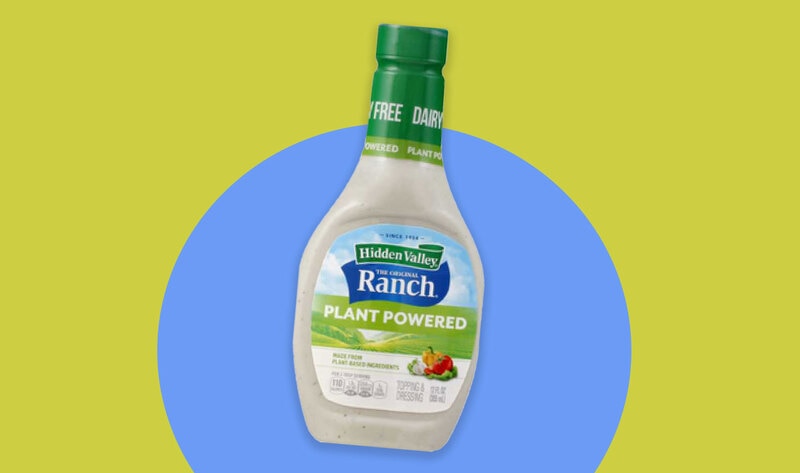 Condiment brand Hidden Valley quietly launched a vegan version of its popular ranch dressing at retailer Food City. A photo of the brand’s new Plant Powered ranch dressing (priced at $3.59 per 12-ounce bottle) was initially shared on Facebook and made its way to Instagram through account @bigboxvegan, which shared the photo to its Instagram stories. Fellow Instagrammer Russell Heiman (a food distribution professional who operates @rollercoastervegan) confirmed that Hidden Valley’s Plant Powered ranch is indeed vegan and certified by trade group Plant Based Food Association. A spokesperon for Hidden Valley has confirmed to VegNews that the new vegan ranch will be available in the dressing aisle at retailers nationwide and on ecommerce platforms in April 2021.

Vegan ranch
While the popular condiment is typically made with dairy, a variety of plant-based ranch options are now available, including a coconut milk-based version at Trader Joe’s, a cashew-based dip version by Fresh Cravings at Walmart, and an oat milk-based version by Bolthouse Farms at retailers nationwide.