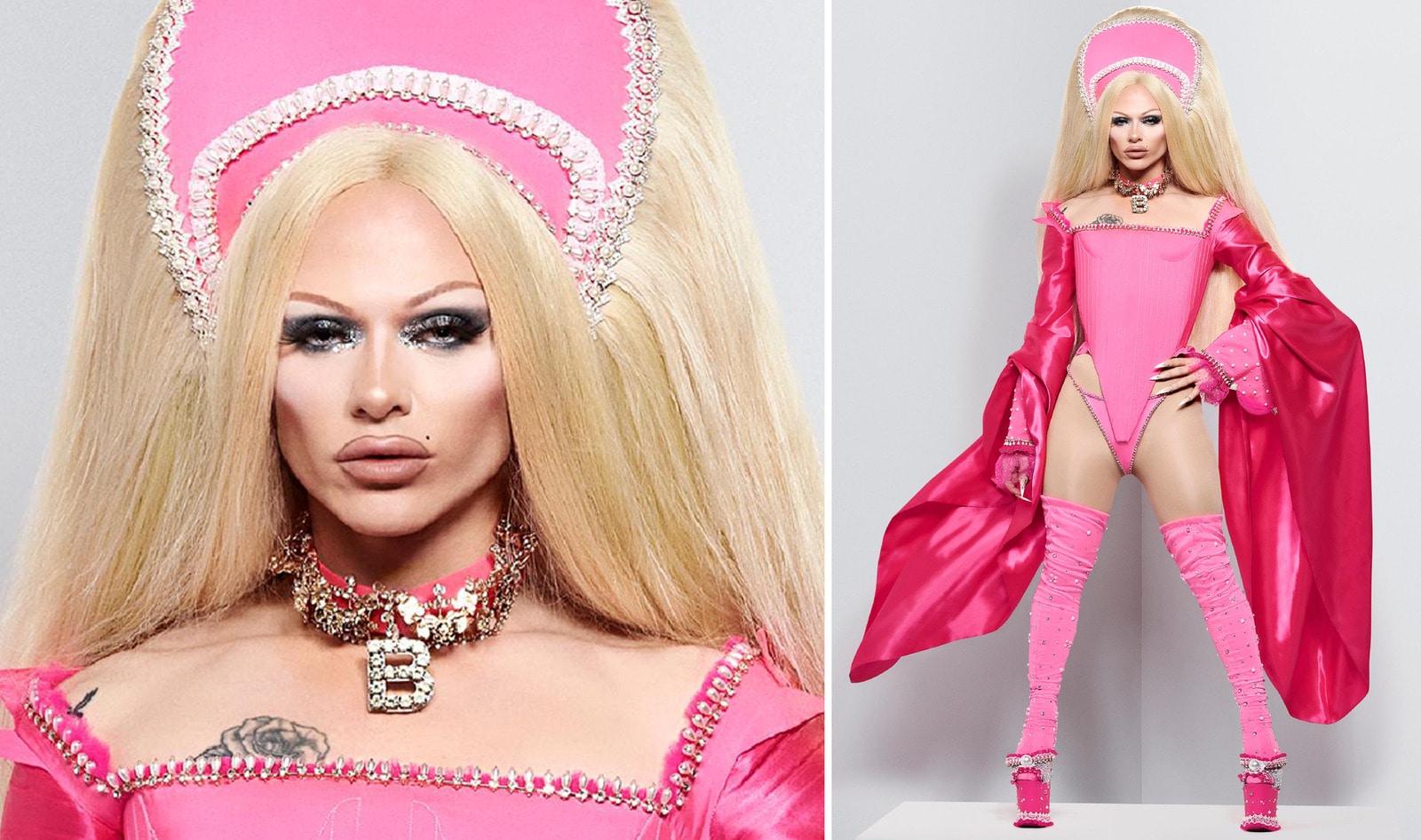 The newest season of RuPaul‘s Drag Race UK has just gotten an infusion of plant-based energy. On last night’s premiere of The BBC‘s spin-off of the Emmy Award-winning reality television competition, the series saw contestant Bimini Bon-Boulash make her entrance into the competition with the line, “I’m vegan, haha!” The 27-year-old non-binary artist from London went on to say “I’m East London’s plant-based princess … I’m, like, the most famous vegan in East London. Because I don’t stop going on about it.”

During the pre-season “Meet the Queens” teasers, Bon-Boulash—real name Tommy Hibbitts—said that she has been vegan for nearly seven years, joking that “I invented veganism about seven years ago,” before bragging, “My nails are great, my teeth are great, my hair is great.”

**Spoiler alert for episode one of RuPaul‘s Drag Race UK season two**
Bon-Boulash, who also describes herself as “East London’s bendiest bitch,” narrowly escaped elimination from the competition in the first episode, after being named one of the bottom two performers of the week and winning a lip-synch to “Relax” by Frankie Goes to Hollywood against contestant Joe Black.

Bon-Boulash joins the ranks of prominent vegan drag queens such as RuPaul’s Drag Race alum Courtney Act from season six, and outspoken animal activist Honey LaBronx of New York City, and will be mentored by the series’ longtime judge and vegan Michelle Visage.

RuPaul’s Drag Race UK airs in the US on the streaming platform WOW Presents Plus.

From Almond Butter Tofu Stew to Refried Beans: Our Top 10 Vegan Recipes of the Day