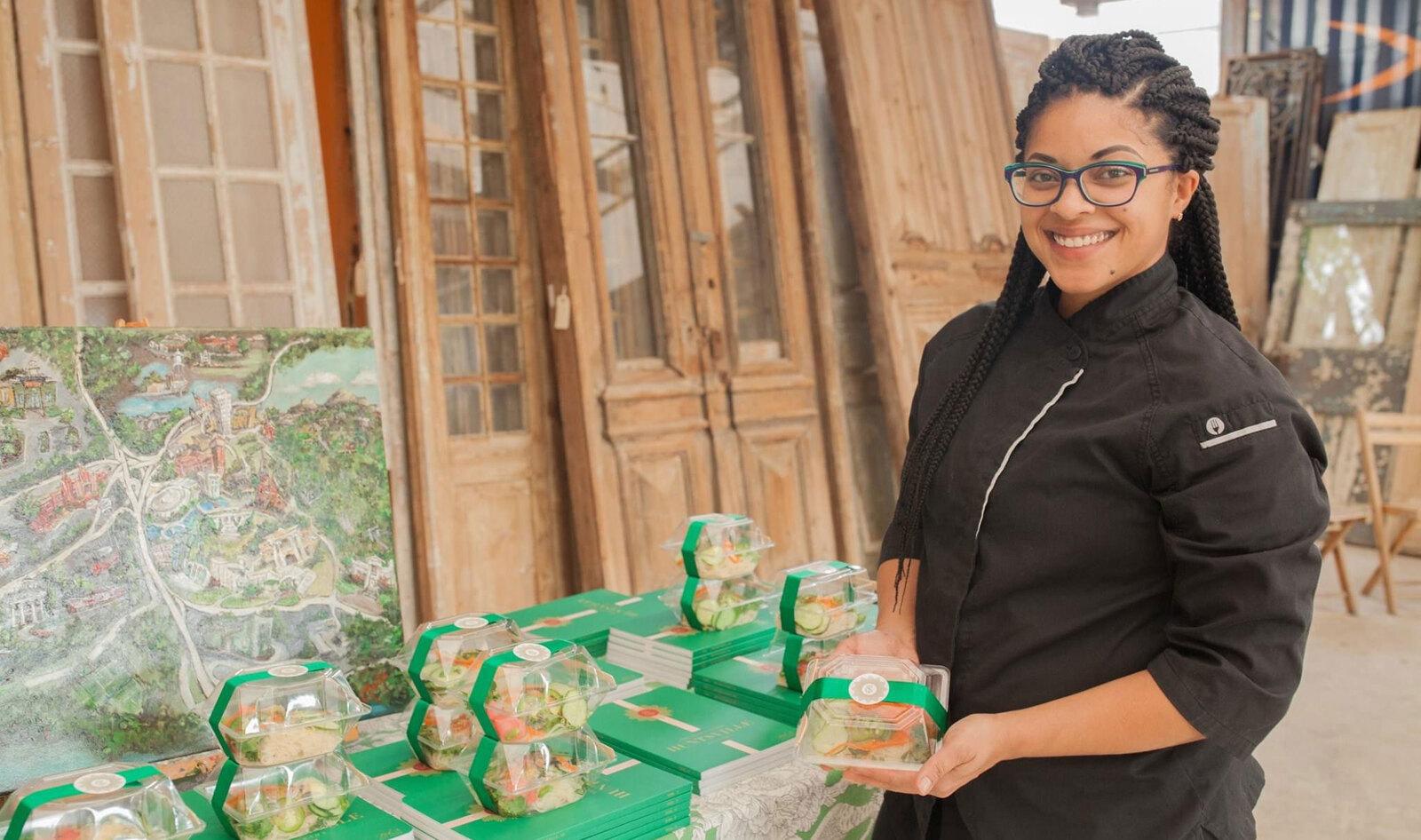 Currently available in a variety of weekly meal plans for delivery in Huntsville, AL and within a 25-mile radius of the city, The Veggie Quick Service Café will continue offering Mason’s prepared vegan meal delivery service alongside grab-and-go, ready-to eat-meals such as the company’s signature black-eyed pea salad, vegan “chikn” salads, family-style dinners, and single meals from the meal delivery menu for customers who choose not to purchase a full meal preparation package. The café will also offer a variety of fresh, made-to-order dishes including fan-favorites Crabless Cake Sammy and Buffalo Shrimp Po’Boy and new menu items such as the ChickUN Basket and Pizza Bowl.

“Our service is centered around two main pillars, convenience and variety, and customers can definitely expect to see this in our new café,” Mason told VegNews. “We are providing our customers with a level of variety and types of vegan food that they can’t readily find in this area.”

From engineer to vegan chef
An engineer for 10 years, Mason decided to cash in her 401(k), quit her job as a Weapon Systems Engineer for an Army program, and focus on launching The Veggie. Launched just one year after her mother’s passing, Mason made it a point to focus on foods that can help improve people’s health—a topic she is familiar with herself. After suffering from adult acne, joint pain, high cholesterol, and digestive distress in her early 20s, Mason transitioned to a plant-based diet and drastically improved her health.

While The Veggie continues making vegan foods more readily available in Huntsville, AL and surrounding communities, Mason has plans to provide plant-based meals to those who are unable to afford them. “Growing up, I watched my mom use her own money, even as a single parent, to regularly feed the homeless,” Mason said. “One of my long-term goals with The Veggie is to provide healthy meals as regularly as possible to the homeless in Huntsville and in the cities we expand to in the future.”

The Veggie Quick Service Café will be located in the Lowe Mill Arts and Entertainment District at 2211 Seminole Drive, Railroad Room 5. Out-of-state customers can purchase The Veggie’s cinnamon rolls online for nationwide shipping.