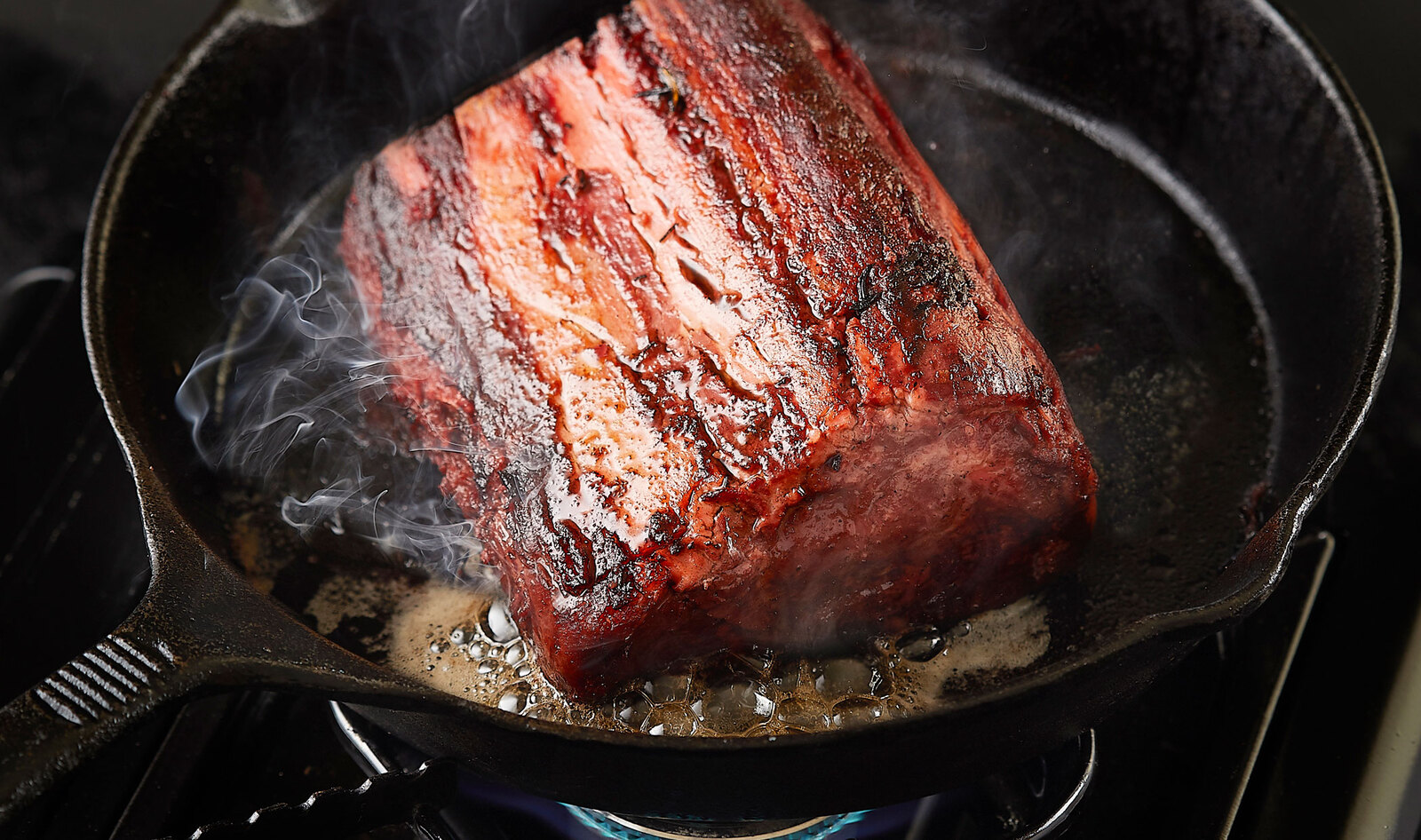 This week, a food truck selling 3D-printed vegan meat to meat-eaters in Kidron, Israel (a suburb of Tel Aviv) sold out of 1,000 servings in five hours. Hosted by Israeli vegan company Redefine Meat in partnership with meat distributor Best Meister, the event—called “There’s a new meat in town”—featured a food truck wrapped in traditional “carnivore” branding and served traditional meat-centric Mediterranean dishes without initially informing customers that the meat component was vegan. The truck served the innovative vegan meat with little to no condiments or toppings in order to highlight the flavor and texture similarities of Redefine Meat’s vegan steak to its animal-derived counterpart. When customers learned that the meat they consumed was plant-based, 90 percent were satisfied with the revelation and said that it was comparable to animal-derived meat in taste, texture, and mouthfeel.

Printing meat
Founded in 2019, Redefine Meat uses a revolutionary 3D technology that maps 70 sensorial parameters to create a cut of vegan meat that mimics the taste, texture, and juiciness of a beef steak. Redefine Meat created individual plant-based components, Alt-Muscle, Alt-Fat, and Alt-Blood, that its industrial 3D printer turns into Alt-Steak. “We believe Alt-Meat should taste as good as animal meat—simple as that,” Redefine Meat CEO and Co-founder Eshchar Ben-Shitrit said. “Redefine Meat has achieved that with every product it has put to the test, transitioning the Alt-Meat conversation from health and sustainability and the view that ‘this is really close’ to ‘wow this meat is super delicious.’ The incredible results of the food truck exemplify this.”

Initially, the company was expecting 100 visitors per day given the location of the event—which was held in a small village due to the COVID-19 pandemic. However, the truck attracted 600 customers in one day with people waiting in line for as long as 50 minutes to sample Alt-Meat. “What this has shown is that meat lovers can enjoy our alternative meat because it tastes and feels like meat—not solely because it is better for the environment or animals,” Ben-Shitrit said. All of the profits from the event were donated to restaurants experiencing hardships due to the COVID-19 pandemic.

Vegan meat coming to high-end butcher shops
The success of the event solidified a partnership between Redefine Meat and Best Meister, which will distribute vegan Alt-Meat to high-end butcher shops and restaurants across Israel later this year. “We’ve been excited by Redefine Meat’s unique alternative meat offering for a while, but the food truck event cemented it for us,” Ori Zaguri, CEO of Best Meister, said. “Not only was consumer feedback overwhelmingly positive but Redefine Meat’s technology will also provide us the scale to create a wide-variety of quality meat cuts for our customers on-demand from one single source. We believe the mass meat-eater market is ready for alternative meat of this quality and we are excited to be the first to deliver it to them.”

How to Reduce Visceral Fat with Plant-Based Foods

What has Happened to South Africa’s Great White Sharks?