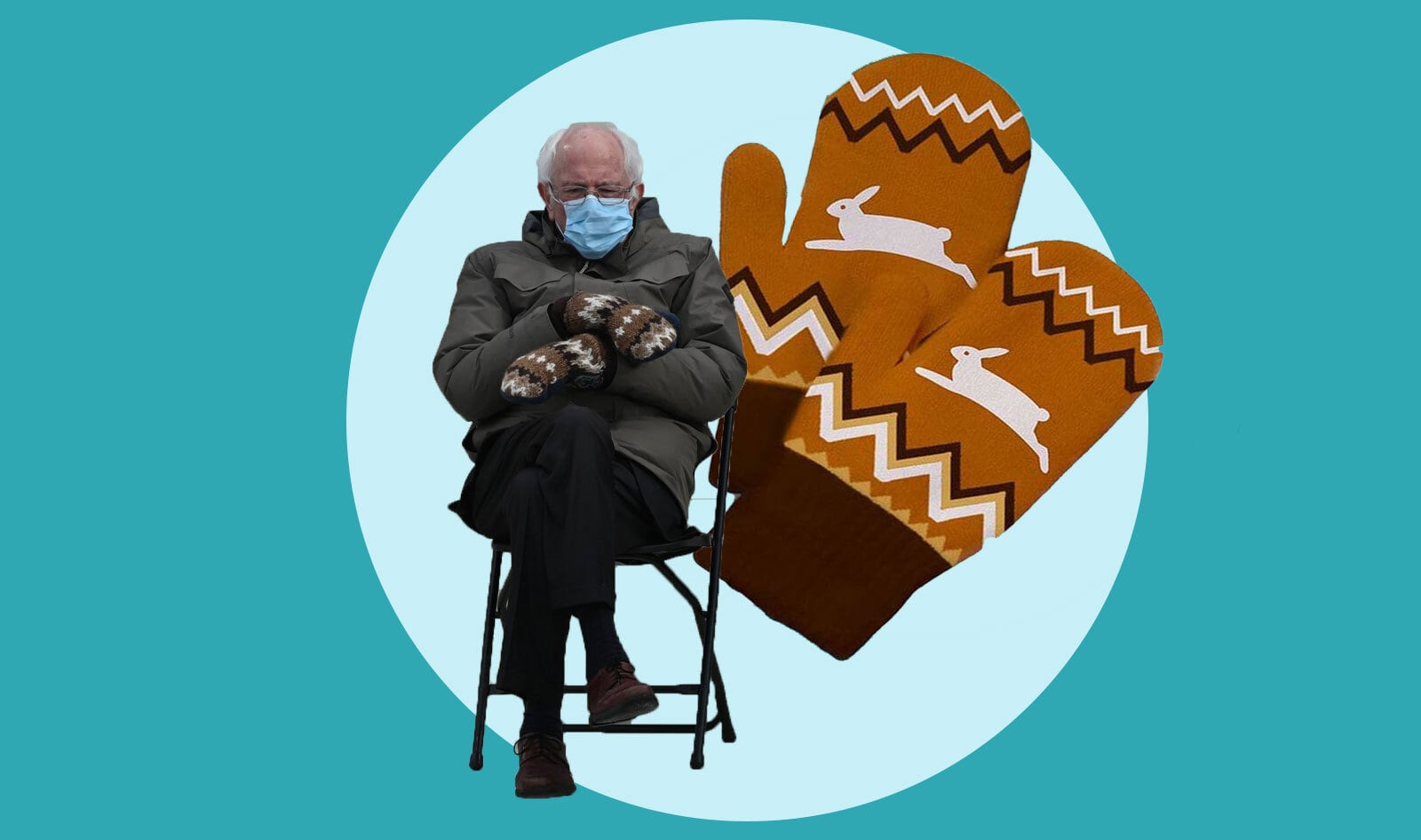 A completely wool-free vegan version of Vermont Senator Bernie Sanders’ famous mittens is now available for pre-order through the PETA Shop. Sanders wore hand-made wool mittens gifted to him by Vermont school teacher Jen Ellis during the presidential inauguration ceremony on January 20, which has since turned into a viral meme. While Ellis is not selling her wool mittens, animal-rights organization People for the Ethical Treatment of Animals (PETA) has recreated a version of them using all vegan materials.

PETA is once again asking
To date, PETA  and its affiliates have released 14 exposés about the wool industry, showing workers around the world kicking, mutilating, and sometimes killing sheep as they shear them for their wool. “PETA is once again asking kind shoppers to choose cruelty-free outerwear,” PETA Executive Vice President Tracy Reiman said. “When it comes to feeling pain and suffering, a sheep is no different from a human—so wool-free mittens are a wonderful way to put ‘Not Me. Us.’ into practice.”

The vegan mittens ($39.99) will begin to ship during the first week of March and PETA is sending Senator Sanders a pair to inspire a new, cruelty-free trend.