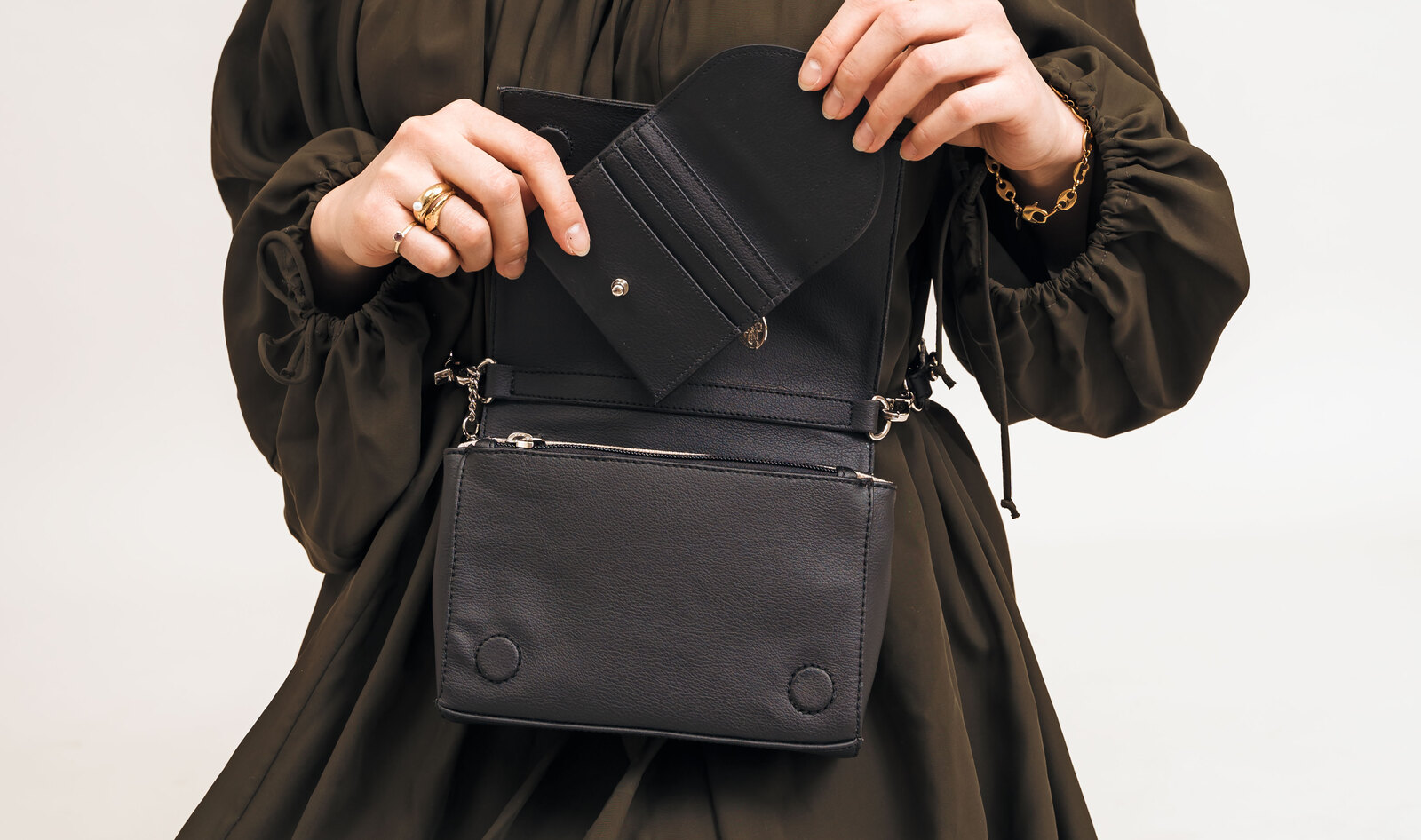 Founded by sisters Justine and Kendall Barber, Poppy Barley plans to introduce more innovative plant-based leathers in future collections. “Our customers have been asking for a leather alternative since day one, but there was never an option that we could stand behind—until now,” Justine Barber said. “After years of researching and testing, we discovered cactus leather basically next door to our manufacturing facility in Mexico. We finally found a leather alternative that wouldn’t compromise quality or our values when it comes to environmental impact.

Made from cactus, not cows or plastic
Unlike traditional vegan leathers, Poppy Barley’s Laguaro is not made using plastics such as polyvinyl chloride (PVC) or polyurethane (PU). Instead, the leather is produced using harvested Mexican cactus leaves, leaving the rest of the cactus intact. Although the brand’s Laguaro leather is currently 80 percent biodegradable, Poppy Barley aims to reach 100 percent sustainability in the near future. “We believe the future of fashion has no choice but to consider the Earth and humanity, and we want to lead the way,” Justine Barber said.

Plant-based vegan leathers
Cactus leather made its global debut in 2019 after Mexican entrepreneurs Adrián López Velarde and Marte Cázarez launched Desserto, the first organic leather made entirely from the nopal (or prickly-pear) cactus. Since then, Desserto has been used to make the world’s first cactus-leather boxing gloves with plans in motion for handbags.

With an estimated worth of $85.05 billion by 2025, the faux leather industry has seen an increase in sustainable vegan leathers in recent years. Popular fashion brand Hugo Boss and retailer H&M have both introduced pineapple leather in their merchandise. In 2017, H&M also named “wineleather” made by Italian company Vegea Vegetal Leather a global changemaker. Vegan leather is also making its way into home decor. Last year, Canadian furniture designer Gus* Modern launched couches and lounge chairs made with Vegan AppleSkin Leather as part of its Fall 2020 collection.

Why We Should Consider Hemp Oil to Naturally Treat Acne