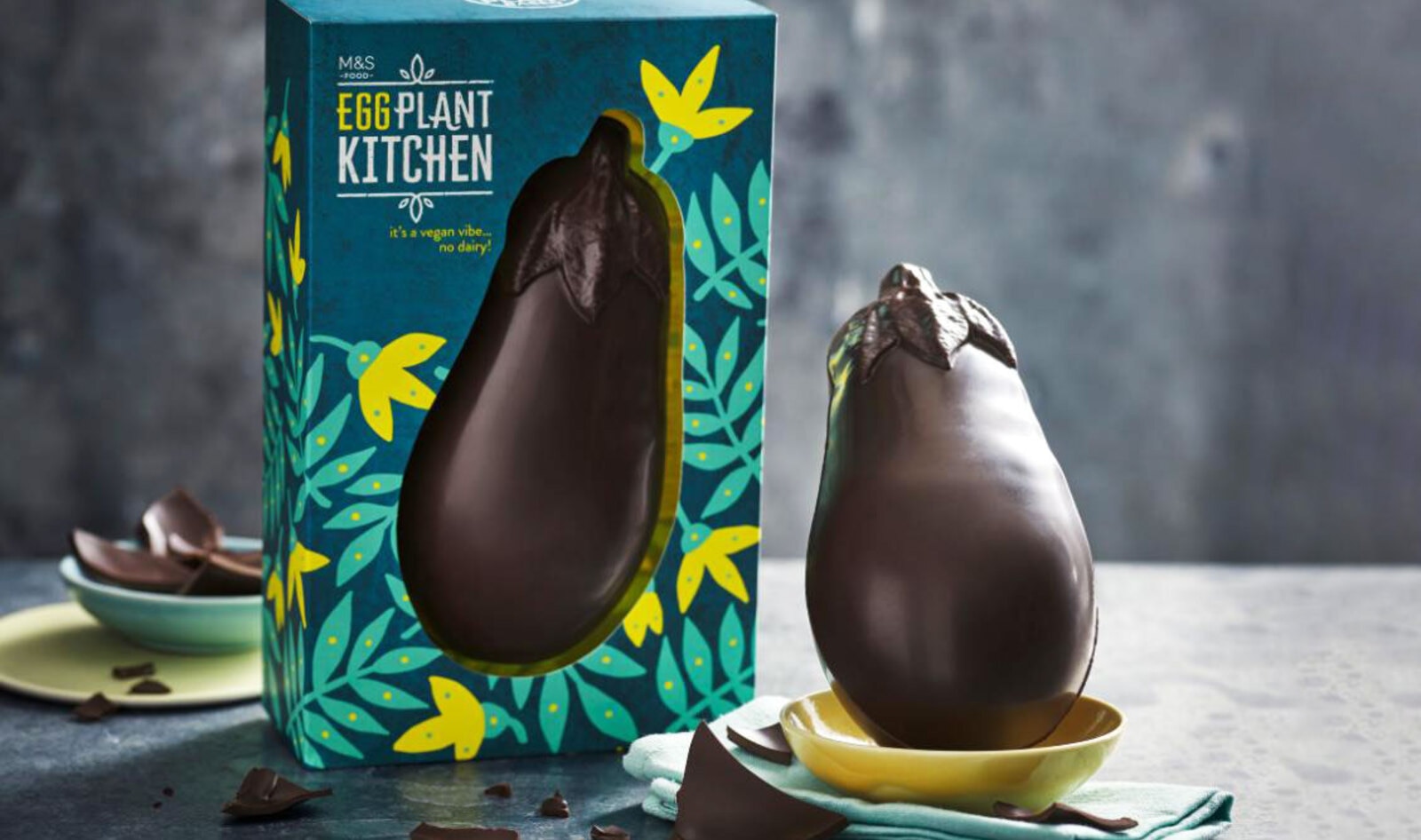 This month, British retailer Marks & Spencer (M&S) launched a vegan eggplant-shaped chocolate treat in time for Valentine’s Day and Easter. The new hollow chocolate treat is made with 55 percent dark chocolate and is part of the chain’s vegan Plant Kitchen line. “Stop scrolling: our ‘Egg-Plant Kitchen’ vegan Easter egg is here to brighten up your January in all its aubergine-shaped glory,” M&S posted to Instagram. “You can thank us later. Pick it up in store now.” The Egg-Plant Kitchen chocolate is now available for £6 at M&S locations across the United Kingdom.

Vegan Easter eggs take off
While M&S’s naughty take on vegan Easter eggs is new, the cruelty-free confection has gained popularity in the UK in recent years. In January 2020, British retailer Holland & Barrett launched the vegan Chuckie Egg (a Cadbury Creme Egg-style Easter treat) made by local vegan brand Mummy Meagz. By March 2020, the retailer had trouble keeping the vegan Easter eggs in stock, with one vegan egg selling every 30 seconds.