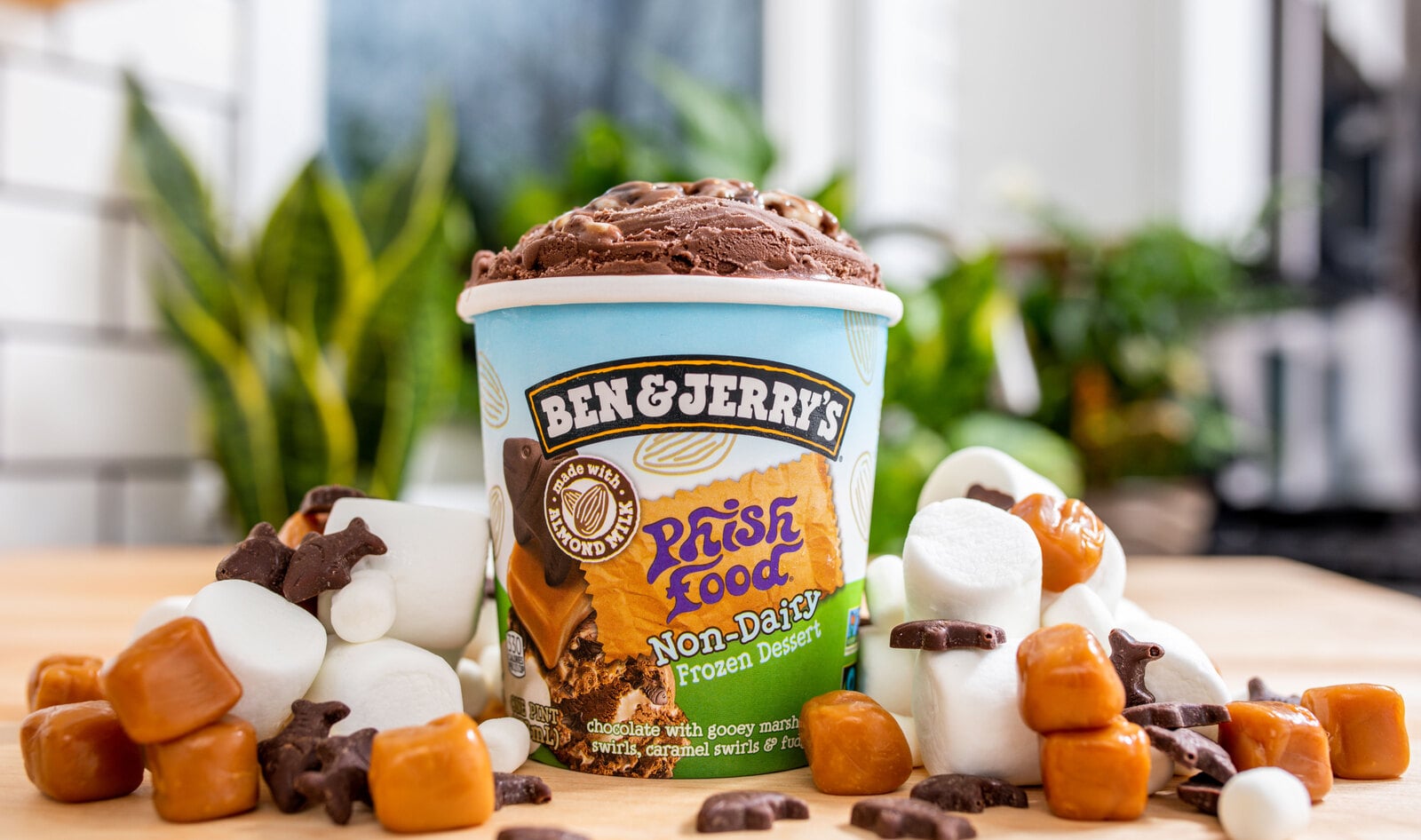 Today, Ben & Jerry’s announced the launch of its newest vegan flavor: Non-Dairy Phish Food. The almond milk-based ice cream is a replica of its classic Phish Food flavor launched in honor of the legendary band Phish in 1997. The vegan version features the same indulgent mix-ins such as fudgey fish-shaped chocolate pieces, caramel swirls, and vegan marshmallow swirls. Ben & Jerry’s worked with its own marshmallow supplier for more than one year to develop the gelatin-free marshmallows that it whips in house to make the swirls. The new Non-Dairy Phish Food is now shipping to retailers nationwide and will be priced between $4.39 and $5.99 per pint, depending on the retailer.

The new Non-Dairy Phish Food joins a growing number of vegan Ben & Jerry’s flavors, the most recent of which is sunflower butter-based Change the Whirled, made in partnership with professional football player, racial justice advocate, and vegan Colin Kaepernick.

Eat vegan ice cream, win prizes
To promote its new vegan flavor, Ben & Jerry’s is launching the Strange Design Contest (which opens on January 27) in partnership with Phish and artist Jim Pollock to benefit The Waterwheel Foundation, a nonprofit that helps to clean Lake Champlain and supports charitable organizations in places where Phish performs. The contest offers one lucky participant a chance to win a Phish Food Non-Dairy Prize Pack which includes two tickets to an upcoming Phish show (once public gatherings are safe); a one year’s supply of Ben & Jerry’s ice cream; $2,000 in cash; and original signed artwork created by Pollock and inspired by the contest.

To enter, participants must download Pollack’s line art and create their own art piece around the appropriate vegan theme of “cows on vacation.” Participants must share their art on Twitter or Instagram with #StrangeDesignContest before 12:00am EST on February 28, 2021. A winner will be chosen on March 18, 2021 based on their creativity, originality, and a clear connection to Pollack’s design and the theme. Official contest rules can be found here.

The 37 Best Vegan Sandwiches to Order and Make