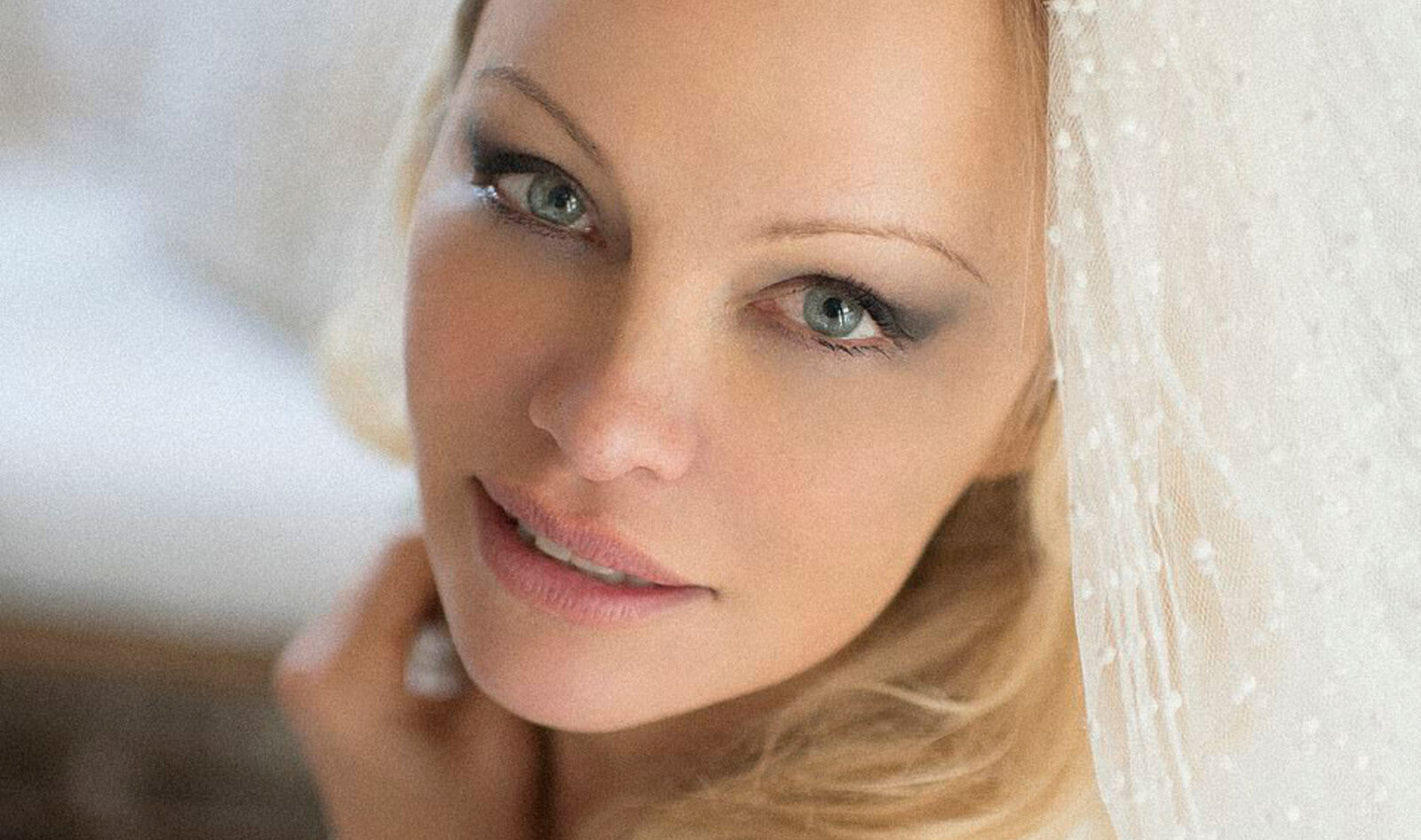 Canadian born actress and vegan activist Pamela Anderson has found love once again, this time with her bodyguard Dan Hayhurst. The couple fell in love during the COVID-19 lockdown and were married on Christmas Eve in a backyard ceremony on Vancouver Island at a property Anderson purchased from her grandparents. “I’m exactly where I need to be—in the arms of a man who truly loves me,” Anderson told Daily Mail UK. “I am in love. We were married [on] Christmas Eve with both our families’ blessing, everyone we know is happy for us. I was married on the property I bought from my grandparents 25 years ago, this is where my parents were married and they are still together. I feel like I’ve come full circle.”

The intimate celebration included a decadent vegan, two-tier triple coconut cake topped with a glass deer ornament, white carnation, and a glittery heart. Artist Heather Ross created the cake and photographed the wedding. “It was such a pleasure to photograph the moments leading up to her secret nuptials with her beloved Dan, and create bespoke beauty for the couple, including the vegan coconut wedding cake I baked from scratch, that echoed the beautiful wintery wonderland on her coastal property,” Ross shared on Instagram. “I know firsthand [from] working with Pamela and Dan that they are such kind hearted and loving souls. They’ve been working together to help out an animal sanctuary on Vancouver Island. It’s a true love story and I wish them much happiness.”

Pamela Anderson’s vegan activism
A long time vegan, Anderson has used her fame to advocate for animals in a variety of ways over the years, including fighting for vegan meals to be served in prisons in Canada and the United States; urging public figures such as Canadian Prime Minister Justin Trudeau and former First Lady Melania Trump to ditch animal products; and partnering with fashion brands to create vegan handbags and shoes. Most recently, the newly wed appeared on British television show Good Morning Britain where she defended her stance that vegans have better sex against challanges made by the show’s host, and avid critic of veganism, Piers Morgan.

What This VegNews Editor Keeps in Her Freezer at all Times