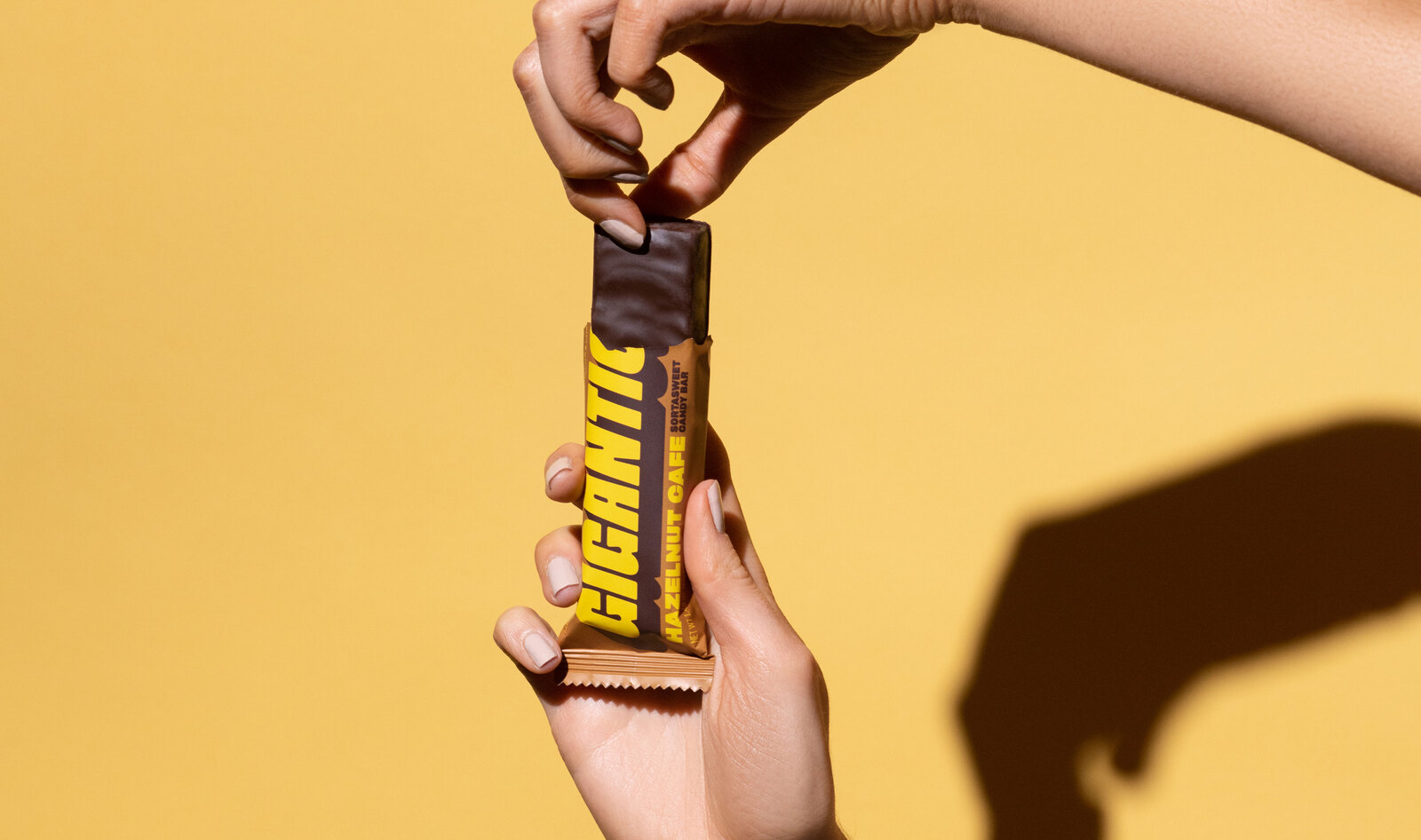 Founded by Stu Davidoff and launched this year, GIGANTIC! aims to create well-balanced, health-conscious vegan candy without sacrificing flavor. “GIGANTIC! arose out of a long-lost love. Most people move on from candy bars at some point in their lives, and for good reason—they’re loaded with sugar, dairy, and other questionable ingredients,” Davidoff told VegNews. “As a kid, there was a certain rush of excitement just looking at a candy bar wrapper … a feeling I’ve never rekindled with a granola bar, protein bar, or latest ‘healthy bite.’ So I set out to create a candy bar geared to a more mature, sophisticated palate and a more health-conscious consumer that still delivers the old-school, gotta-have-it experience.”

Michelin-star vegan candy bars
Before bringing the “sorta sweet” candy bars to market, Davidoff worked with a team of chefs—who, collectively, had worked at restaurants with 20 Michelin stars—to help develop GIGANTIC! bars while sticking to three key parameters: vegan ingredients, no alternative sweeteners, and ensuring each bar has less than 10 grams of sugar.

Developing the candy bars’ signature caramel, which is made in house, proved to be no easy feat. “GIGANTIC!’s plant-based caramel was the most challenging part of recipe development,” said Davidoff. “The product development team are rockstar chefs who also understand the molecular building blocks of food. They were able to look at traditional dairy caramel and come up with ingenious ways to rebuild it from the ground up with plant-based ingredients.”

GIGANTIC! vegan candy bars retail for $27.99 for a box of eight and are available for purchase online with nationwide shipping. New York City residents can also find GIGANTIC! bars at The Goods Mart.

DNC 2020: Biden Accepts Nomination for President, Pledges to “Overcome This Season of Darkness in America”