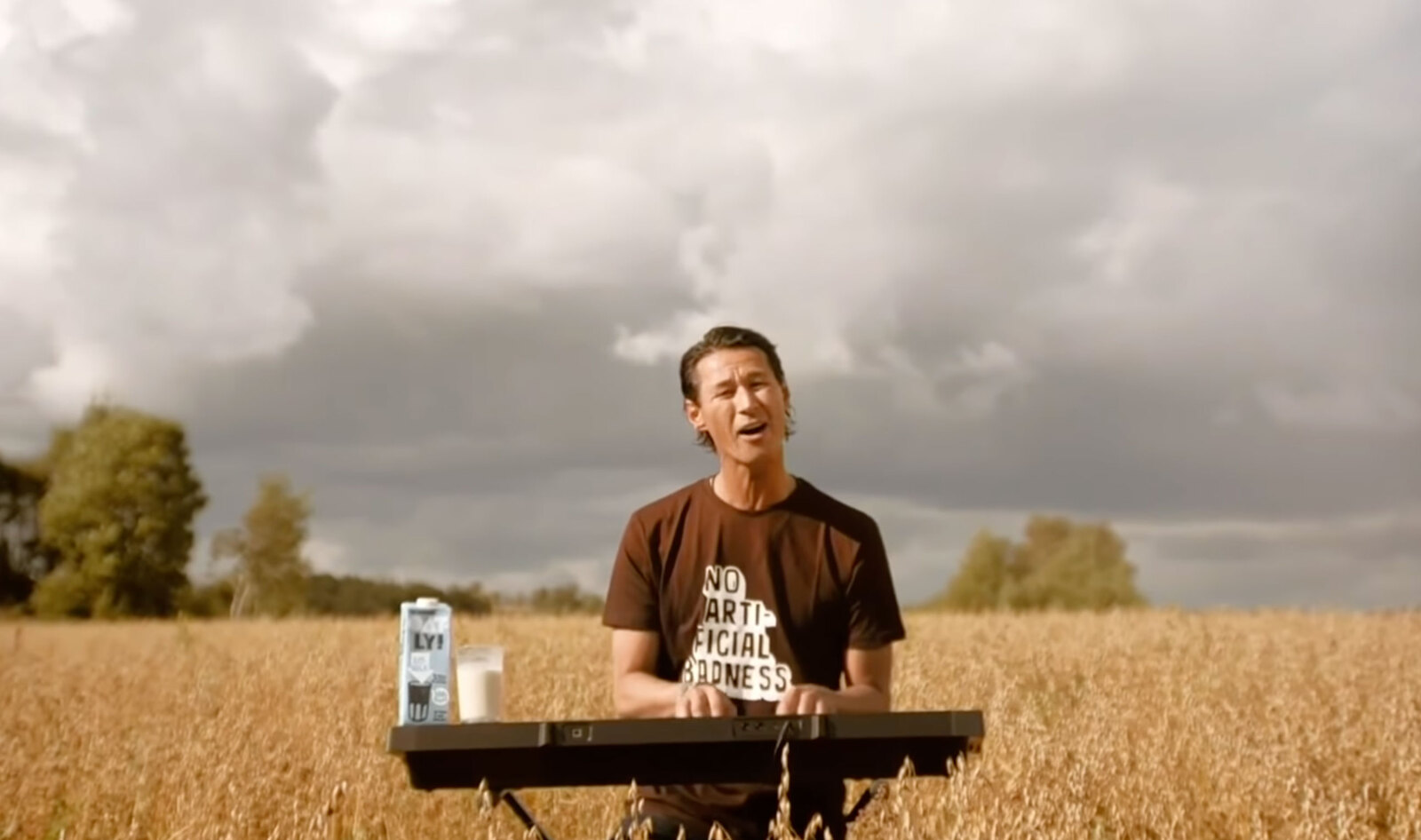 Swedish vegan brand Oatly aired its first television commercial in the United States during Super Bowl 55 this Sunday. The 30-second commercial featured Oatly CEO Toni Petersson playing a keyboard and singing a short jingle with lyrics “it’s like milk but made for humans” and “wow, no cow.” Since airing, the commercial has gained criticism for its off-kilter approach and poor production value and Oatly was already prepared with its own humorous T-shirt emblazoned with Petersson’s image and the phrase “I totally hated that Oatly commercial.”

“Hey US! Were you just watching the big game when out of nowhere our CEO Toni appeared in an oat field and provided you with his very own synth-accompanied musical stylings about Oatly? If so, we can’t give you back those 30 seconds but we can give you this free T-shirt … which you can wear proudly knowing we will not be offended in any way, since we believe that having different opinions is what moves society forward,” Oatly captioned a photo of the shirt on Instagram. “And besides, walking around with our CEO plastered across your chest might spark some deep conversations about the benefits of a drink made directly from oats that skipped the cow altogether, or how switching from dairy to oat milk can save the planet a ridiculous amount of [carbon dioxide], so yeah, we are cool with it.”

The free T-shirt is currently out of stock but Oatly’s message lives on. The commercial was originally produced to be aired in Sweden. However, in 2014, the government banned Oatly from airing it due to the “milk made for humans” messaging. Oatly’s revival of the commercial during one of the largest sporting events in the US brings the conversation about whether or not humans should be drinking milk from another species to the forefront.

Currently, Oatly is also fighting on its home turf against the European Union’s decision to censor “dairy” terms from being used on plant-based products. In October 2020, the EU voted to approve Amendment 171, which aimed to extend existing restrictions on dairy-related terms. Terms such as “almond milk” and “vegan cheese” were already banned on products in the EU, but 171 now further restricts dairy alternatives from using descriptive terms such as “yogurt style” and “cheese alternative.”

Nonprofit ProVeg International, along with supporters which include Oatly, Violife parent company Upfield, The Vegan Society, and many others, have launched a petition to overturn Amendment 171 which currently counts more than 200,000 signatures.

15 Recipes Featuring the Decadence of Dark Chocolate and Health Benefits of Avocado!