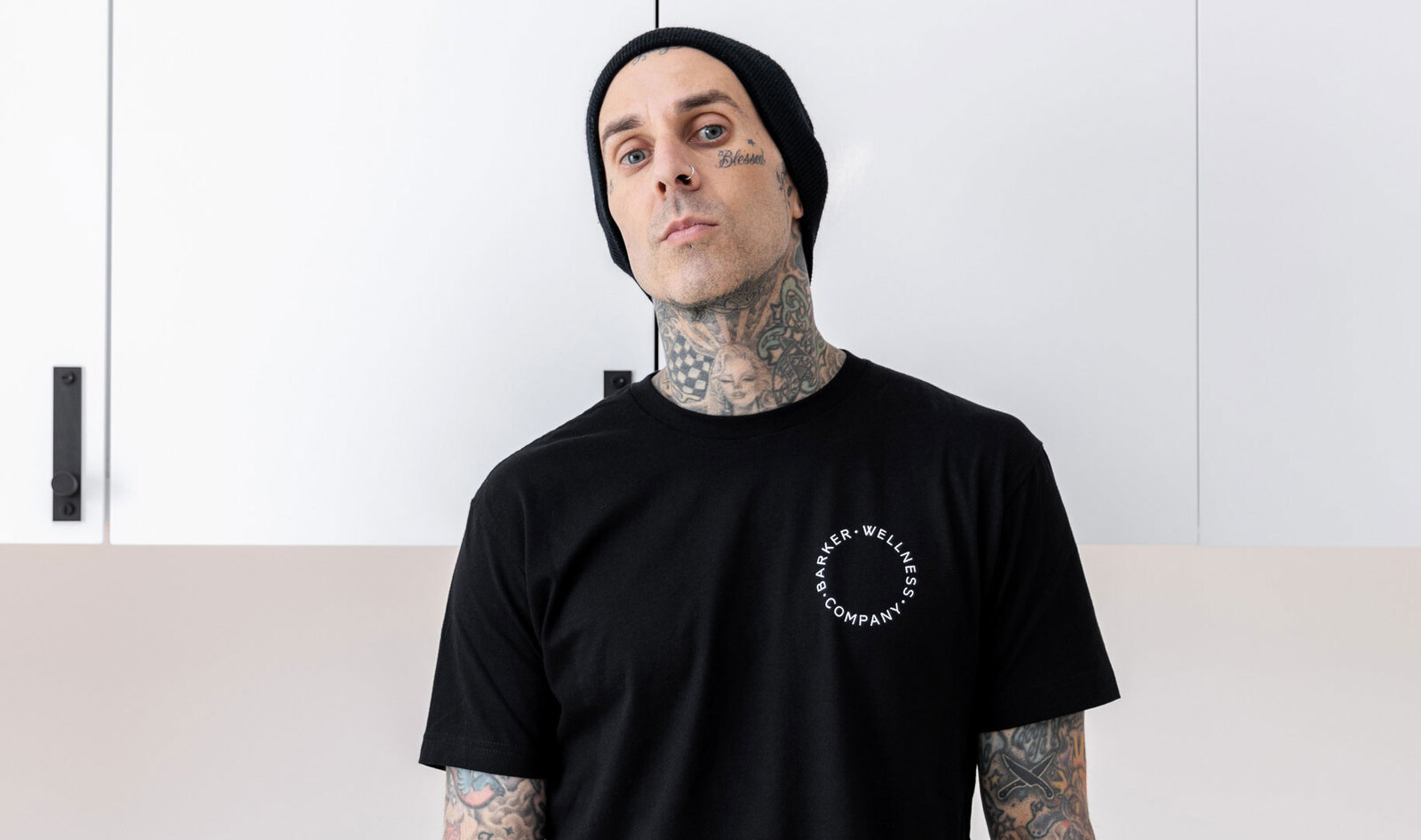 This week, musician and longtime vegan Travis Barker—drummer of iconic band blink-182—announced the launch of Barker Wellness, a cannabinoid (CBD)-infused, THC-free vegan and cruelty-free brand. The mission of the new brand is to provide vegan products for optimal physical and mental health. The line includes tinctures ($64 individual and $175 for a set) in three wellness-focused options: Maintenance which is infused with broad spectrum CBD and Cannabigerol (CBG), along with B12, Vitamin C, and hemp extract; Recovery which is infused with Cannabichromene (CBC), broad spectrum hemp extract, ashwagandha extract, and red reishi mushroom extract; and Sleep which features CBD, Cannabinol (CBN), melatonin, gamma aminobutyric acid (GABA), and valerian root extract. The line also offers snap packets in Rise (a coffee-infused, wakefulness promotion formula) and Sleep (a calming sleep-promoting formula), along with a pain relief cream that features CBC, CBD, CBG, and moisturizing bisabolol and cucumber fruit extract.

“I started trying lots of different CBD products in my own daily routine and saw their benefits first hand. So I decided to create my own ideal formulas and share them with anyone looking to improve their general health,” Barker said. “While a lot of the traditional cannabinoid companies primarily use CBD, it was important that our formulas incorporated some of the lesser-known but highly powerful cannabinoids like CBG, CBN, and CBC. The full combination of these cannabinoids, herbs, and natural ingredients, makes these highly effective for targeting different needs.”

The line is now available through the Barker Wellness website with plans to launch in retail stores soon.

In 2013, Barker partnered with celebrity chef Tal Ronnen to help him open Crossroads Kitchen, an upscale vegan eatery in Los Angeles which has counted a number of celebrity fans over the years, including Married … with Children actress Christina Appelgate who called it “the best vegan restaurant on the planet” in a 2019 The New York Times interview.

Barker has also spoken out in defense of veganism throughout his career, including on a 2019 episode of podcast “Joe Rogan Experience” hosted by Joe Rogan, a strong proponent of the meat-and-cheese-heavy keto diet. On the show, Barker—who was a vegetarian since age 13—explained that he transitioned to veganism shortly after surviving a catastrophic plane crash in 2009 to heal his mind and body.

Wild Animals Explore and Roam Freely With Humans on Lockdown

This New Marketplace Delivers Vegan Wine Straight to Your Door