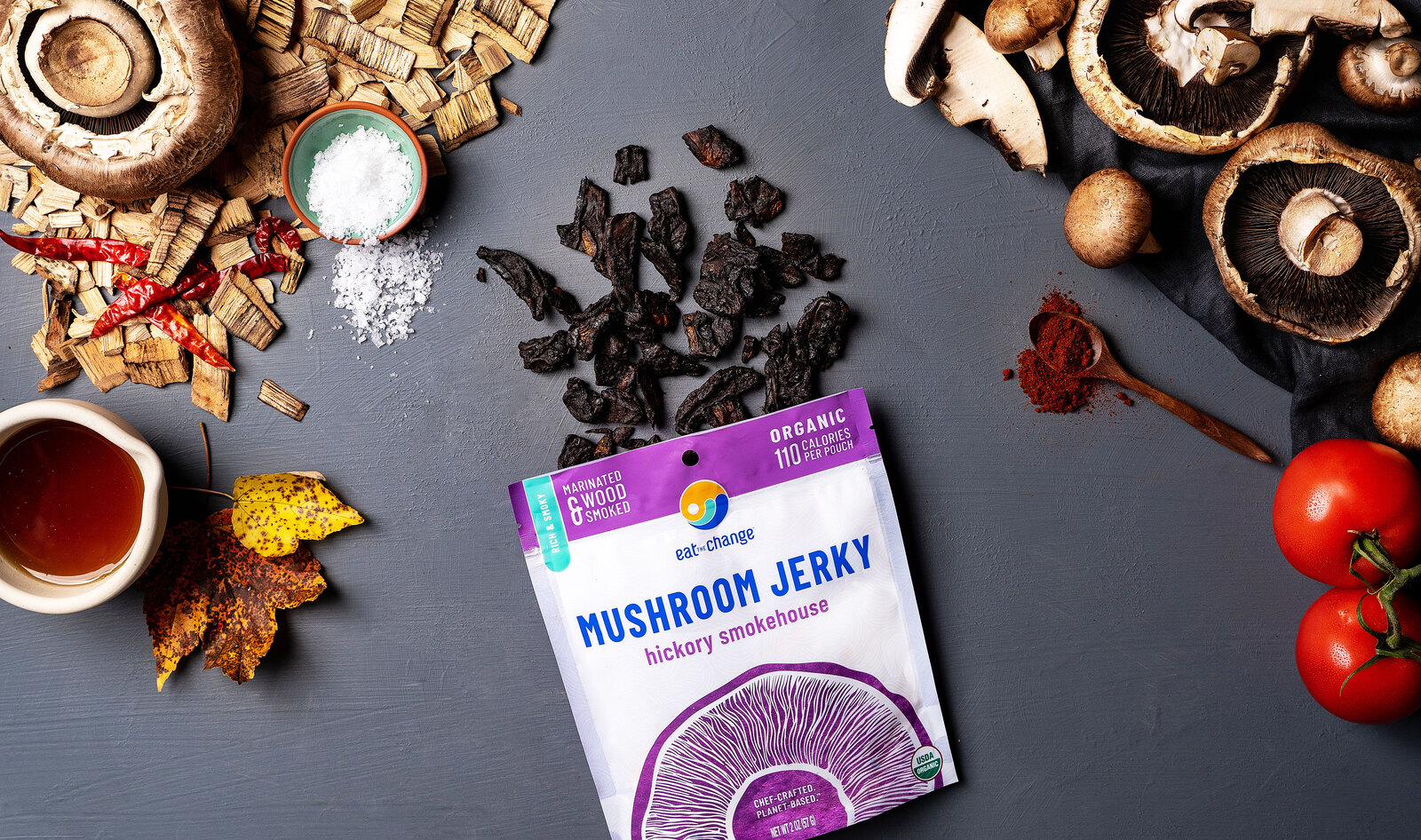 In March, Eat the Change Mushroom Jerky will launch in 1,000 retailers across the country. Founded by Seth Goldman, co-founder of Honest Tea and chairman of the board for vegan brand Beyond Meat, and Chef Spike Mendelsohn, renowned restaurateur behind the PLNT Burger chain and plant-based food advocate, Eat the Change aims to educate consumers that there are more planet-friendly ways to eat. The company’s first product, mushroom jerky, is available in five flavors: Sea Salt + Cracked Pepper, Hickory Smokehouse, Maple Mustard, Habanero BBQ and Teriyaki Ginger. As of March 1, the vegan jerky will be available at 308 Stop & Shop stores in the Northeast, 157 Fresh Market locations in the Southeast/Mid-Atlantic, 71 Giant stores and 49 Whole Foods Markets in the Mid-Atlantic region, and 250 independent retailers across the country, among others. Prices start at $5.99 for a 2-ounce bag.

“Our goal is to change the food system by giving people daily, actionable choices that make a difference,” Goldman said. “With Eat the Change Mushroom Jerky, we hope our customers will rethink what they eat and their relationship with the planet. People only get to vote every two or four years, but we eat three times a day, and those choices have an impact.”

Each the Change Mushroom Jerky is made from organic portobello and crimini mushrooms that are sourced from a family farm in Kennett Square, PA, including bruised, oversized, and usually discarded stems that would not normally make it to the retail shelf. The mushrooms are marinated in a savory spice blend and smoked using fallen hickory branches to mimic the smoky flavors of traditional meat jerky.

“In addition to being one of the most sustainable crops, mushrooms were a natural choice for our first product because they are a great canvas to showcase the incredible variety of flavors and ingredients our planet has to offer,” Mendelsohn said. “We wanted to launch a product that was not only good for you, but also truly delicious. Through the meatiness of our mushrooms and the use of flavors like whole mustard seeds, maple syrup, and turmeric, we are aiming to expand the definition of what jerky can be.”