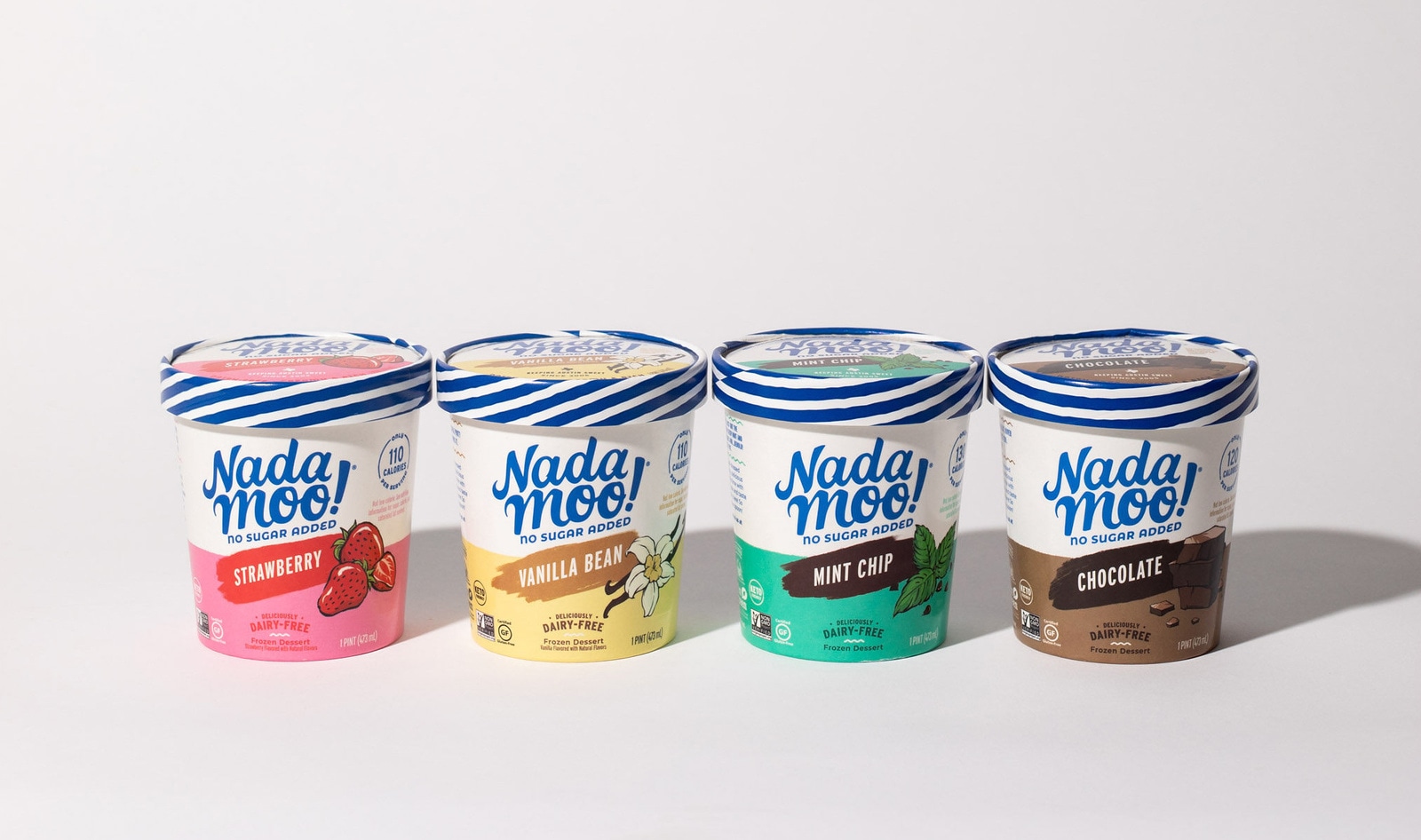 This week, vegan ice cream brand NadaMoo! launched a new line of ice cream made with no added sugar. The new ice cream formulation is made with a base of organic coconut milk base—as are the other offerings at NadaMoo!—but instead of sugar, the ice cream is sweetened with a combination of organic allulose, organic erythritol, and a touch of stevia extract. “Over the past years, more and more consumers have embraced a commitment to their long-term health which includes a reduction in sugar and dairy, but we recognize that doesn’t stop cravings for the occasional, decadent treat,” NadaMoo! President and CEO Daniel Nicholson said. “With this launch, consumers who closely watch their sugar intake can finally let ice cream out of the penalty box, while staying on track with their wellness goals.”

NadaMoo!’s new sugar-free line is available in simple flavors: Vanilla, Strawberry, Chocolate, and Mint Chip, made with organic vanilla beans, ripe strawberries, organic chocolate, and organic peppermint oil, respectively. “I’m not claiming that we’ve hit a ‘pigs flying’ level of achievement, but close,” Nicholson said. “In all seriousness, it can feel pretty liberating to be able to bring back the simple delights of life—like ice cream—without the baggage.”

Founded in 2005, NadaMoo! ethically sources its ingredients, including the coconuts it uses to make its vegan ice cream, with the mission of reducing the environmental impact of producing frozen desserts. Last year, NadaMoo! unveiled its “I’m Green” packaging, a 100-percent renewable sugarcane-based packaging system that it now uses for its entire line of flavors sold at retailers nationwide and at the NadaMoo! Scoop Shop in its hometown of Austin, TX.

165,000 Hens Killed in Fire is Unsurprising Event for Egg Industry