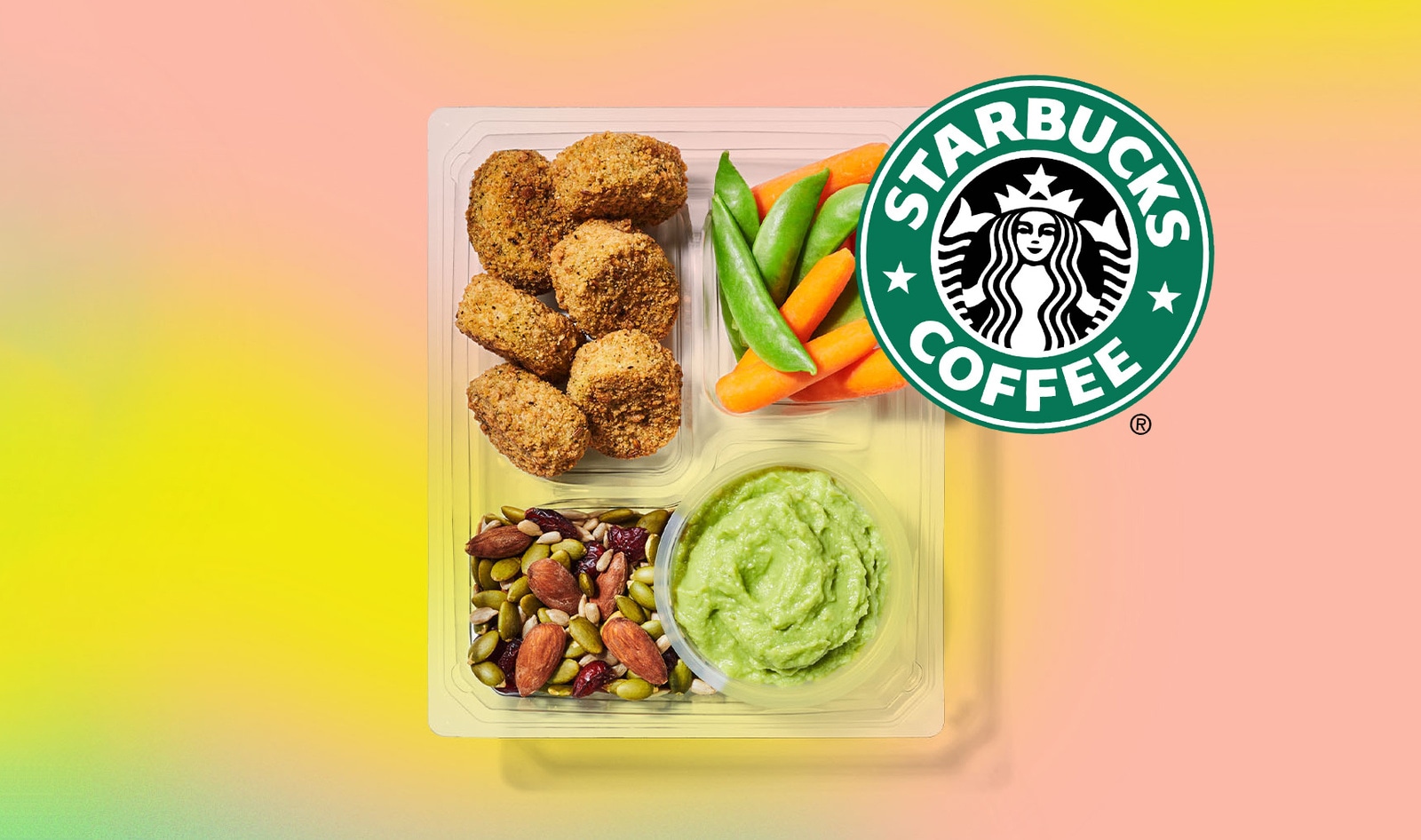 Starting tomorrow, Starbucks will debut its first vegan protein box at most of its locations nationwide. The Chickpea Bites & Avocado Protein Box features 15 grams of protein and is filled with chickpea bites (nuggets made with chickpeas), snap peas, mini carrots, dried cranberry nut mix, and an avocado spread. Prior to putting them on the national menu, Starbucks tested the chickpea bites on the menu at one location in Issaquah, WA last year, where it also tested other plant-based items, including the fully vegan Plant Powered Breakfast Sandwich—which expanded to test locations in the Dallas, TX area in January.

While a national rollout of the Plant Powered Breakfast Sandwich—which features vegan sausage, egg, and dairy-free cheese—has yet to be announced, a Starbucks spokesperson explained that increasing the chain’s plant-based options is part of a larger sustainability initiative. “Expanding Starbucks plant-based menu is one of the ways we are pursuing our goal to reduce our carbon footprint by 50 percent,” the spokesperson told VegNews. “Our aim is to provide our customers with a variety of choices as part of their Starbucks experience and we look forward to hearing feedback from our partners, employees, and customers.”

Starbucks is also adding Oatly’s oat milk to its nationwide menu—its fourth plant-based milk option next to almond, coconut, and soy—as part of its sustainability bid. Oatly will be featured on Starbucks’ spring menu as part of the Iced Brown Sugar Shaken Oatmilk Espresso which combines brown sugar and cinnamon, and is then topped off with oat milk.

Last year, sustainability consultant Quantis and the World Wildlife Fund found that dairy is responsible for the largest portion (21 percent) of Starbucks’ carbon footprint. In January 2020, Starbucks announced its commitment to become resource positive and CEO Kevin Johnson explained that introducing more plant-based options, including vegan milk, will be part of the sustainability solution.

“As CEO Kevin Johnson mentioned during Starbucks’ most recent quarterly earnings, the company continues to observe the dominant shift in consumer behavior toward more plant-based choices as a top trend and focus area for the business,” the spokesperson said. “Since announcing our resource positive commitment in January 2020, Starbucks has continued to expand plant-based choices for customers globally across its drink and food menus. The national expansion of oatmilk, and Starbucks growing plant-based menu, comes at a time when customers are seeking more plant-based choices to incorporate into their daily routines.”

7 Low-Waste Replacements for Household Items That Are Usually Plastic