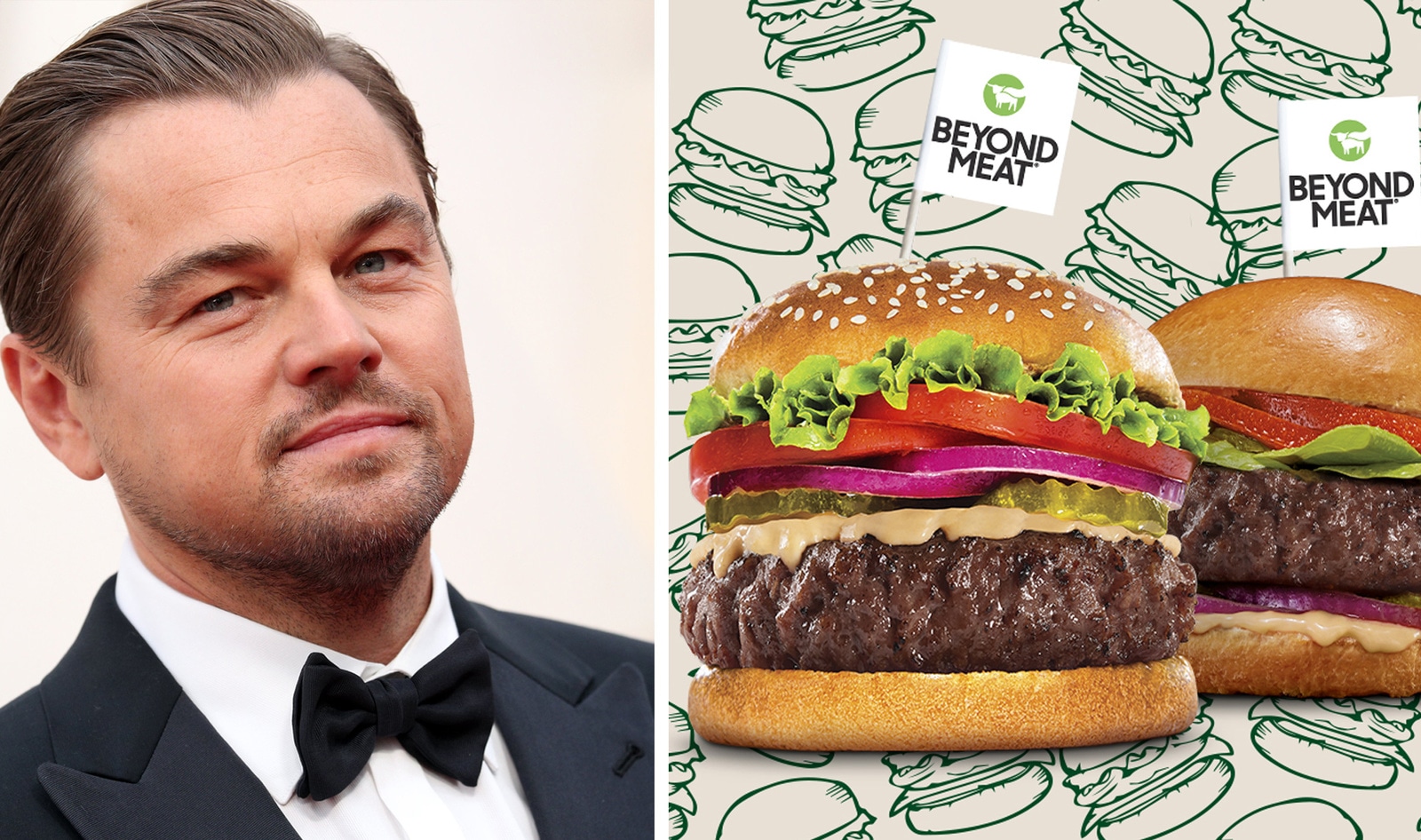 Today, actor and environmentalist Leonardo DiCaprio urged his 19.5 million Twitter and 18 million Facebook followers to reduce their meat consumption to fight the climate crisis. DiCaprio shared an image of a Beyond Burger with a statistic about the positive carbon impact of every American replacing one beef burger with a plant-based option once per week, which would be the equivalent of taking 12 million cars off the road. “Every single person can help the planet and reduce climate change with one small choice every week,” DiCaprio said.

Every single person can help the planet and reduce climate change with one small choice every week. Join me and @BeyondMeat in our mission to rethink the future of food. #BeyondMeatPartner pic.twitter.com/Fgt1qSkIbm

According to a University of Michigan study, producing the Beyond Burger, when compared to a standard quarter-pound 80/20 beef patty, uses 99 percent less water, 93 percent less land, and 46 percent less energy, and emits 90 percent fewer greenhouse gases.

DiCaprio is an early investor in Beyond Meat and is an environmental advocate who uses his celebrity status to bring awareness to the negative environmental impact of animal agriculture. “Livestock production is a major contributor to carbon emissions,” DiCaprio said on the heels of his 2017 investment in Beyond Meat. “Shifting from animal meat to the plant-based meats developed by Beyond Meat is one of the most powerful measures someone can take to reduce their impact on our climate.”

The 46-year-old actor has invested in other vegan companies, including vegan milk brand Califia Farms and chickpea snack company HIPPEAS. In 2018, DiCaprio partnered with primatologist Jane Goodall to launch a vegan clothing collection called “Don’t Let Them Disappear” to support ape conservation. The actor also executively directed vegan documentary Cowspiracy and created the 2017 film Before the Flood to highlight the human activities that have impacted the health of the environment, including raising animals for food.

Horse Left to Die With Legs Zip-Tied Together