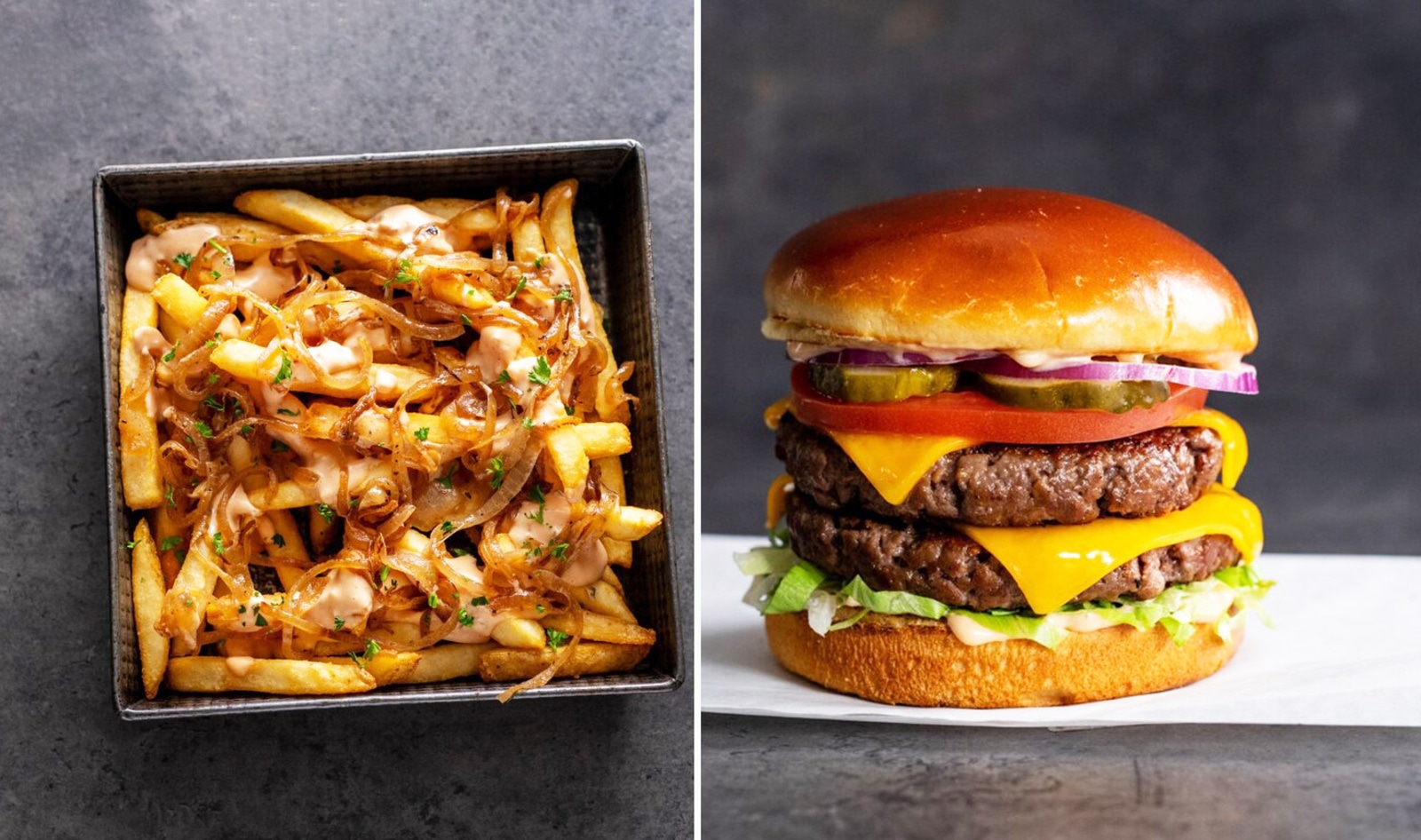 On March 10, the team behind California-based vegan fast-casual chain Veggie Grill is launching a new vegan concept Stand-Up Burgers in Berkeley, CA, with more locations to come. Its menu features vegan versions of fast-food classics, such as The O.G. burger (Impossible patty with Miyoko’s Creamery cheddar, lettuce, tomato, red onion, pickles, and special sauce on a vegan brioche bun); BBQ Bacon burger (Impossible patty with provolone, bacon, pickles, grilled onions, lettuce, barbecue sauce, and chipotle mayo on a vegan brioche bun); Save the Animal-style fries (a play on In-n-Out’s famous fries) with special sauce and grilled onions; onion rings; salads; and shakes. For the months of March and April, a portion of the proceeds of every purchase of its signature Stand-Up Burger or Stand-Up Shake will go to animal shelter Berkeley Humane and vegan non-profit organization Support + Feed.

“At our core, we believe in doing good while you eat good and our new restaurant Stand-Up Burgers invites people to do just that and give voice to animals and the planet,” Veggie Grill Co-founder T.K. Pillan told VegNews. “At Veggie Grill we are on a mission to empower people to eat less meat by providing them with different innovative and delicious plant-based experiences. We are excited to introduce Stand-Up Burgers to the Berkeley community and soon to other locations nationwide.”

To celebrate the opening, Stand-Up Burgers will be giving away a burger, shake, and French fries to the first 300 people in line (while supplies last) and Free Burgers for Life to one of its Instagram followers.