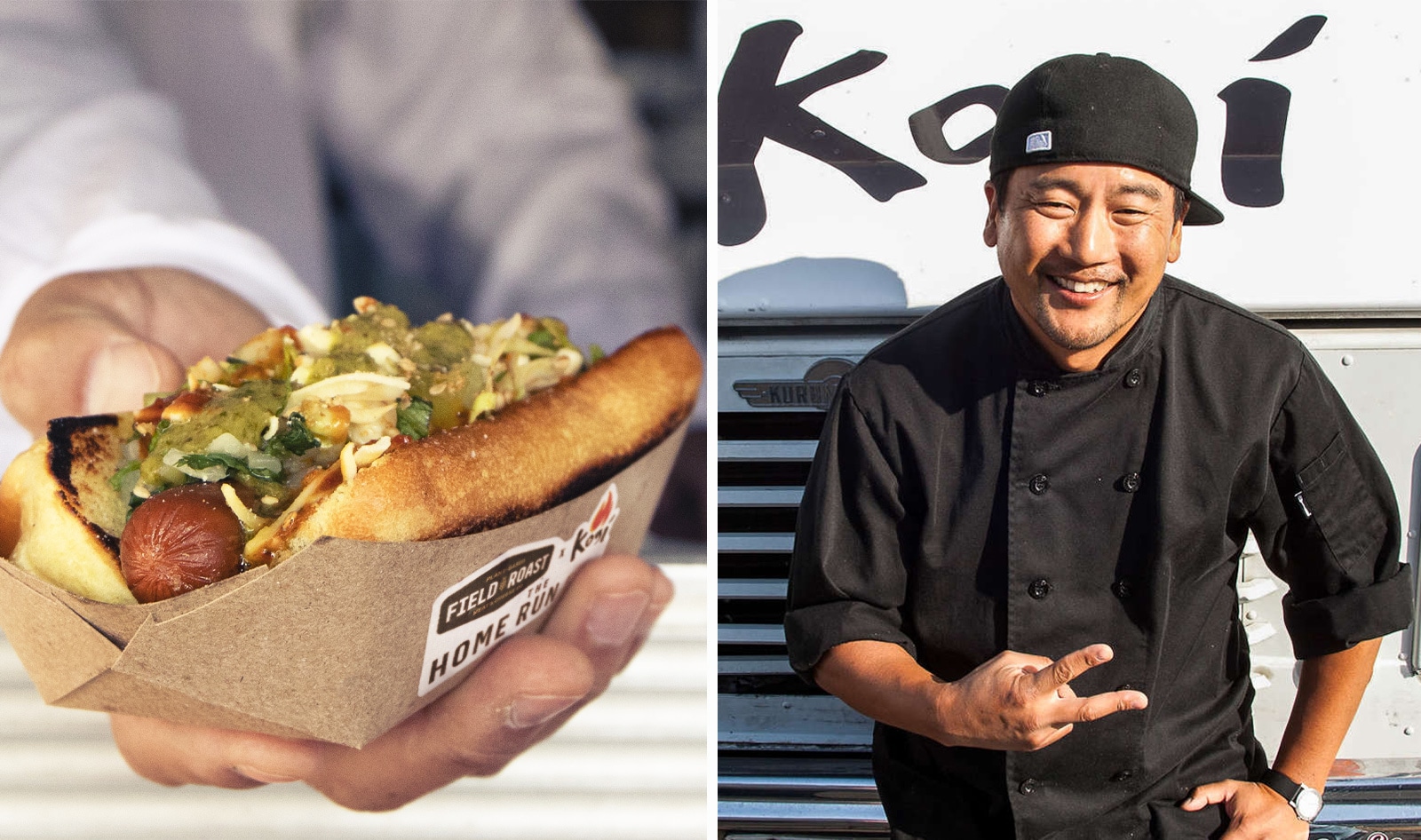 “The Home Run’ dog is insanely delicious, and the LA community won’t find anything else like it on any other food truck,” Dan Curtin, president of Field Roast parent company Greenleaf Foods, said. “This co-creation is a testament to Field Roast’s and Roy’s commitment to pushing the limits of flavor and giving people indulgent, elevated flavors without sacrificing on chef-inspired quality.”

The Home Run Dog is the first vegan collaboration of a multi-year partnership between Choi and Field Roast to promote plant-based foods to the culinary community. “I’ve always been driven by making different flavors and foods accessible to as many people as possible, so when I was frequently getting asked about plant-based alternatives for my truck’s menu offerings beyond just tofu, I knew it was time to bring something new to the table,” Choi said. “What Field Roast and I have accomplished together with the Kogi plant-based dog is special to me because it takes an iconic menu item that’s representative of America, the ballpark, and the streets—then turns it up to ‘eleven’ for anyone who wants to try it. I’m really proud of how it came out.”

Choi’s Kogi truck is the second foodservice establishment to feature Field Roast’s new Signature Stadium Dog. In February, Wienerschnitzel—the world’s largest hot dog chain—added the smoked vegan hot dog to its menu at select locations in California, Texas, and New Mexico. There, guests can order Field Roast’s vegan hot dog as part of three menu options: Backyard Veggie Dog (topped with dairy-based American cheese, a pickle spear, tomato, ketchup, and mustard); Barbeque Veggie Dog (served with barbecue sauce, a pickle spear, and onions), and Chicago Veggie Dog (topped with a pickle spear, tomato, sport peppers, onions, relish, mustard, and celery salt). The buns Wienerschnitzel uses are free from animal products which means that The Backyard Veggie Dog can be ordered vegan without dairy-based cheese while the other two options are vegan without modifications. The vegan hot dogs are only available at 19 test locations but should they prove popular, Wienerschnitzel plans to expand them to its more than 320 locations nationwide.

Field Roast will also launch its Signature Stadium Dog in stores in April 2021 where it will be sold alongside its beef-based counterparts.