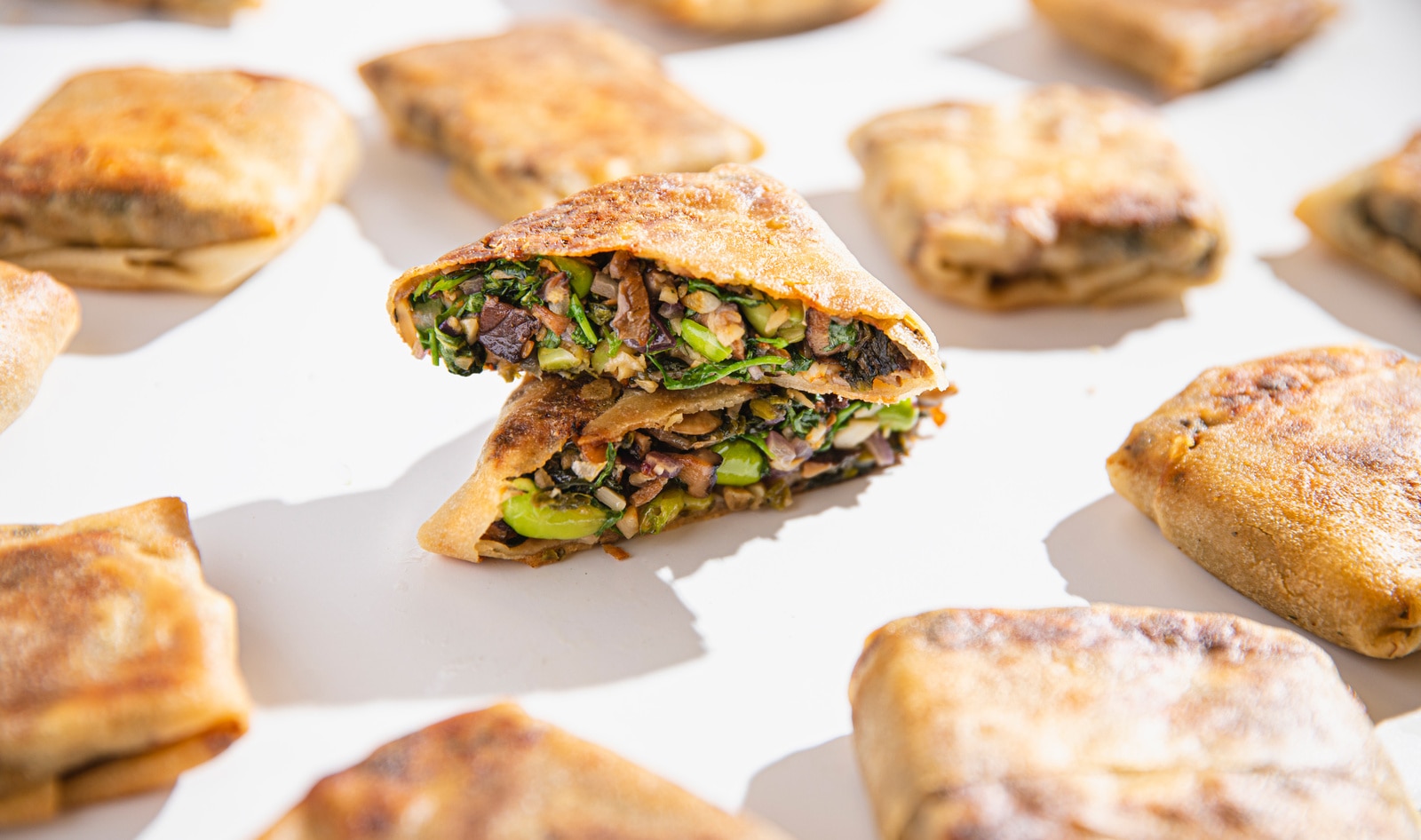 James Beard and Emmy Award-winning chef Ming Tsai—who hosts long-running show Simply Ming on PBS—recently launched vegan versions of the traditional Chinese bing in select Whole Foods Markets in Massachusetts and Rhode Island. The chef’s vegan MingsBings are similar to a flatbread stuffed with veggies. The Original Veggie-Filled flavor available at Whole Foods is made with edamame, watercress, pepitas, garlic, ginger, red onion, shiitake mushrooms, and brown rice inside a brown rice wrapper. The bings can be prepared in an air fryer in 12 to 14 minutes or by baking in an oven for 20 to 24 minutes.

“Traditionally, frozen food has been a stale category,” Chef Ming Tsai said. “However, given the dynamic shift in the way people shop because of the pandemic, frozen has become one of the most popular destinations for flavor innovation and convenient, healthy meal options. We see it as an incredible place to grow our brand, not only with retailers but horizontally by continually innovating with variety and product assortment.”

Tsai developed the vegan products after his wife Polly transitioned to a plant-based diet after being diagnosed with Stage 4 lung cancer. As such, a portion of sales from MingsBings are donated to cancer charities Family Reach and Dana-Farber Cancer Institute.

MingsBings are also available at Dave’s Fresh Market locations in Rhode Island with further retail expansion planned in the coming months. Additional flavors are available online through the MingsBings website, including the new Buffalo Cauliflower Bing and Plant-Based Sausage and Peppers Bing.