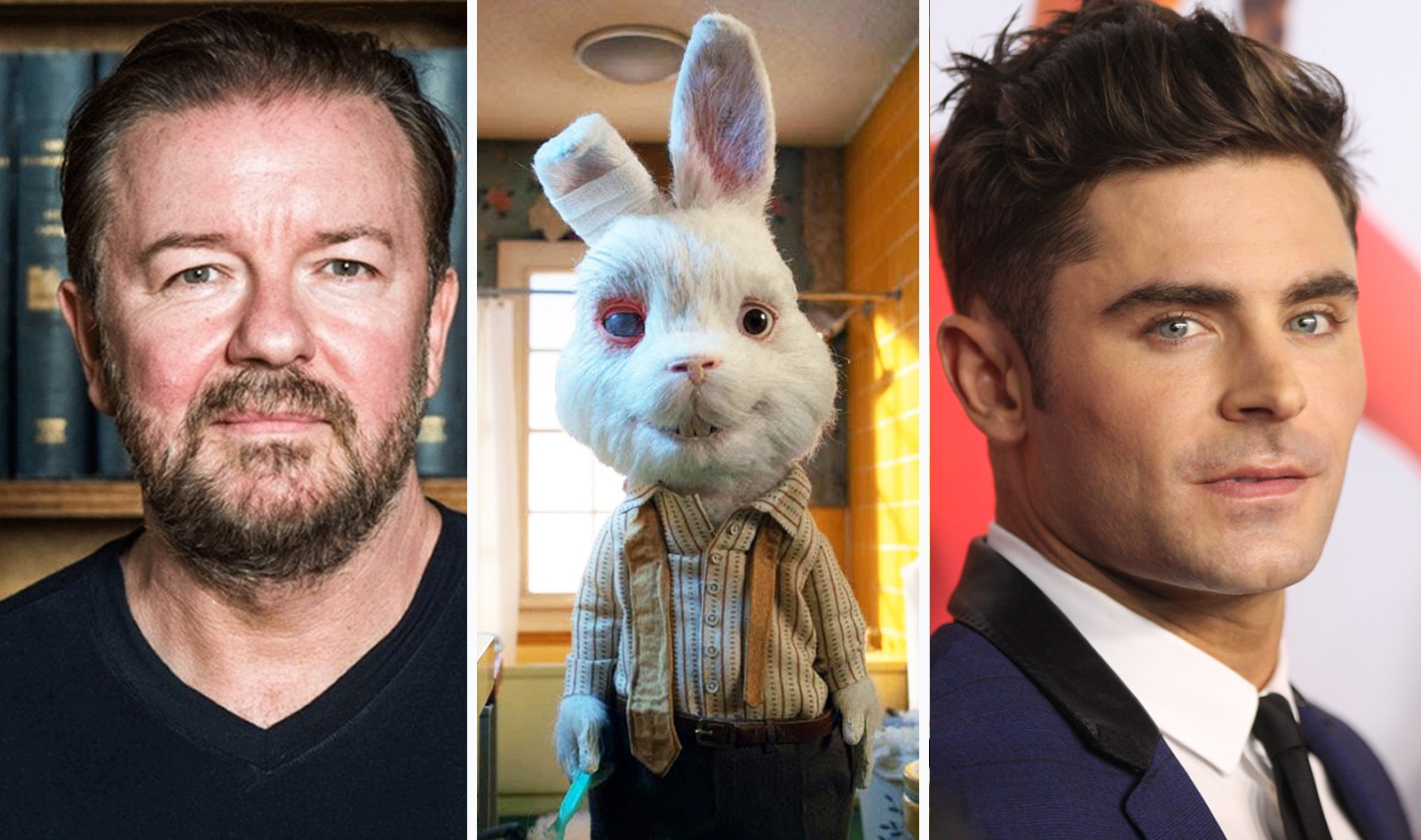 On April 6, animal-rights group Humane Society International (HSI) will release Save Ralph for viewing across its social media platforms. Created as part of the #SaveRalph global campaign to end animal testing, the documentary-style film features a puppet named Ralph (voiced by celebrated New Zealand director Taika Waititi), a rabbit who has lost sight in one eye and hearing in one ear after undergoing animal testing.

Interviewed by comedian Ricky Gervais, Ralph divulges his life as a lab animal and the effects it has had on him and his family. Other A-list celebrities, including Zac Efron, Olivia Munn, Tricia Hefler, and Pom Klementieff, lend their voices to supporting roles in Save Ralph. The three-minute star-studded, stop-motion animation film is written and produced by vegan filmmaker Spencer Susser, filmed by British cinematographer Tristan Oliver, and animated by industry giant Tobias Fouracre (both known for their work on Wes Anderson films). The film’s puppets and sets are made by puppet master Andy Gent’s Arch Model Studio.

This is a cool thing that is coming soon. If you don’t watch it and love it then you hate animals and we can’t be friends anymore.#SaveRalph pic.twitter.com/3oG2VqXr7o

The parties involved in Save Ralph took to social media to promote the short film. “This is a cool thing that is coming soon,” Waititi captioned a Save Ralph movie poster on Twitter. “If you don’t watch it and love it then you hate animals and we can’t be friends anymore.” Gervais took to Facebook to support the film, stating, “So proud to be a part of this short film to help end animal testing.”

To increase its global reach, Save Ralph will be dubbed into a variety of languages, including Spanish, French, Portuguese, and Vietnamese, with other actors lending their voices in support of the project.

Animals suffer needlessly in labs across the world in cosmetic tests that leave them blind and deaf. In recent years, in large part due to campaigns organized by animal-rights groups such as HSI and with celebrity support, nearly 40 counties have passed legislation to prohibit or limit the testing of cosmetics on animals, including Australia, Guatemala, and Turkey. Earlier this month in the United States, Virginia became the fourth state—after California, Nevada, and Illinois—to sign a cosmetic animal testing ban into law.

In 2019, bipartisan politicians, including vegan Senator Cory Booker (D-NJ), introduced the Humane Cosmetics Act to ban cosmetic animal testing on the federal level, as well as prohibit the import of cosmetics tested on animals from countries worldwide. Currently, more than 900 companies—including 600 members of national trade association Personal Care Products Council (PCPC)—officially endorse the Humane Cosmetics Act, which is expected to be reintroduced in the current Congress.

From Lentil Shepherd’s Pie to Pumpkin Spice Pop Tarts: Our Top 10 Vegan Recipes of the Day!