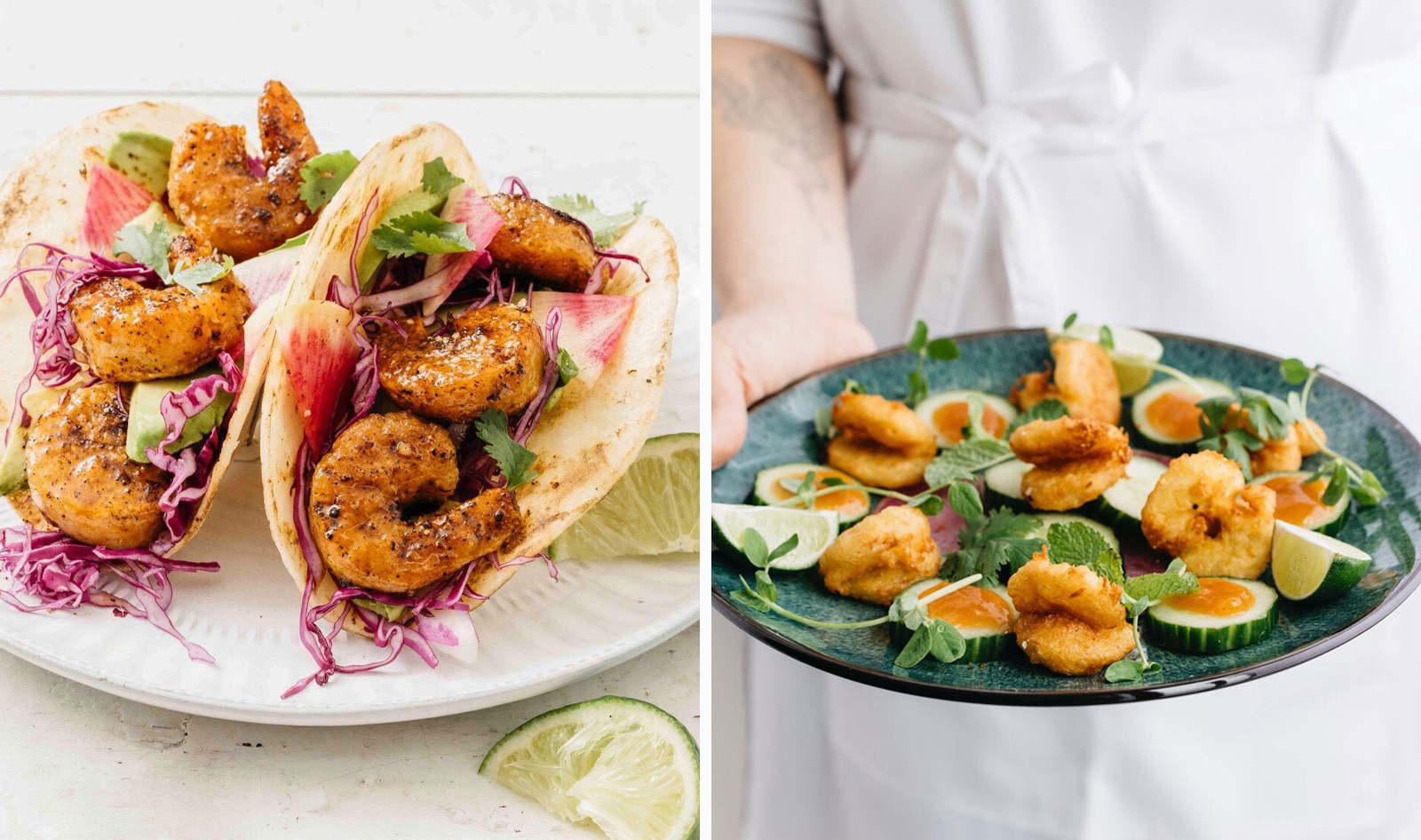 Vegan shrimp will soon be available to foodservice providers and restaurants across North America thanks to a partnership between California-based vegan brand New Wave Foods and distributor Dot Foods. Founded in 2015, New Wave Foods spent two years developing its plant-based shrimp, which is made from plant proteins and sustainable seaweed, and contains all eight essential amino acids that are found in meat and seafood. Developed in close collaboration with top-tier chefs and renowned research and development experts, New Wave Shrimp comes pre-cooked and is a one-for-one swap in dishes such as Kung Pao shrimp, pasta, chowder, and tacos.

“We know that commercial and non-commercial foodservice operators need to continue to excite their guests with innovative food products, and plant-based food is the largest growing segment,” Rodd Willis, Director of Natural and Specialty at Dot Foods, said. “New Wave Shrimp is an extremely unique product—a true game changer in the seafood industry. We believe that it is a great plant-based alternative to ocean shrimp as an ingredient, and that it delivers on the needs of foodservice operators for menu versatility and quality.”

Saving the oceans with vegan shrimp

Shrimp is the most-consumed seafood in the United States, with Americans eating an estimated 1.5 billion pounds of the sea creatures annually. New Wave Foods—which recently raised $18 million in funding led by New Enterprise Associates and Evolution, and with help from meat giant Tyson Foods—aims to disrupt the $9 billion shrimp sector through the restaurant and non-commercial foodservice segments, where 80 percent of shrimp is consumed.

To further disrupt the traditional seafood industry and save the oceans, New Wave Foods plans to launch new plant-based shrimp products in 2021 and enter other vegan seafood categories, including lobster, crab, and scallops, in 2022.